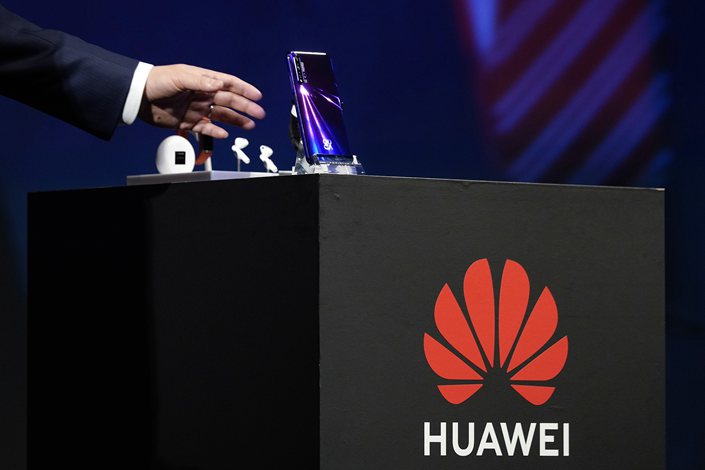 (Nikkei Asian Review) — U.S. sanctions against Huawei Technologies that took effect Tuesday have forced Japanese chipmakers to cast a wider net for business to fill the gap left by a loss of sales to China’s largest telecommunications equipment supplier.

The U.S. Commerce Department banned all exports to the Chinese telecommunications company of semiconductors made with American technology, exempting only shipments that are already en route. Japanese companies supplied about 1.1 trillion yen ($10.4 billion) in parts to Huawei last year, according to U.K. research company Omdia.

This ban was the main reason Sony last month trimmed its capital spending plans for the three years through fiscal 2020 by about $470 million. The Japanese company brings in billions of dollars annually from sales of image sensors to Huawei, which were completely halted by Tuesday.

Sony is considering applying for a license to sell to Huawei. But “we need to work on diversifying our customers,” a company executive said.

One opportunity lies in selling to smartphone makers, including Apple and Chinese players, that are positioned to eat into Huawei’s market share if the ban forces the company to cut production. Sony also looks to develop sensors for a broader range of applications, including autos and industrial machinery, rather than rely so heavily on mobile devices.

Renesas Electronics on Tuesday stopped supplying Huawei with semiconductors for 5G network base stations. Meanwhile, the Japanese chipmaker is ramping up marketing to rival base station manufacturers, such as Sweden’s Ericsson and Finland-based Nokia.

Toshiba spinoff Kioxia suspended shipments of flash memory to Huawei on Tuesday. The company plans to repurpose capacity that would otherwise be idled by the ban to produce chips for other smartphone-makers and for data centers.

The sweeping nature of the sanctions presents compliance challenges. Even supplying chips to a third party could run afoul of U.S. export regulations if the products in question are ultimately used by Huawei. Jeff Wang, chairman of the Tokyo-based subsidiary Huawei Japan, last month noted Japan’s “extremely important role in global supply chains.”

Businesses are being forced to scrutinize the routes that their parts take to avoid potentially risky transactions, and getting a full picture will take time.

Toshiba on Tuesday temporarily halted all shipments of hard disk drives and chips, citing the need to determine if any of its products are covered by the ban.

Any companies that violate the sanctions will be barred from importing American software and technology covered by the export regulations, whether from the U.S. or from third countries. The rules span such a massive number of products that such a ban would be a major hindrance to manufacturing and marketing.

Violators may face other penalties on top of this, including fines of up to $1 million and imprisonment, along with the reputational risks that come with breaking U.S. regulations.

“We have to be cautious about our investment plans from fiscal 2021 onward as well,” said a Sony executive who worries about the Huawei row dragging on.

As for Huawei, production there is not expected to take a hit right away, as the company rushed to stock up on parts before the sanctions took effect. The spot price of DRAM chips — vital for smartphone production — has jumped 7% since early this month, which a representative from a semiconductor trading company chalked up to a final rush of buying by Huawei.

But the company’s smartphone shipments are forecast to plunge 70% in 2021 compared with the expected total for this year, by one estimate. DRAM “prices will fall around mid-September as [Huawei] stops building up its inventories,” said Akira Minamikawa at Omdia.