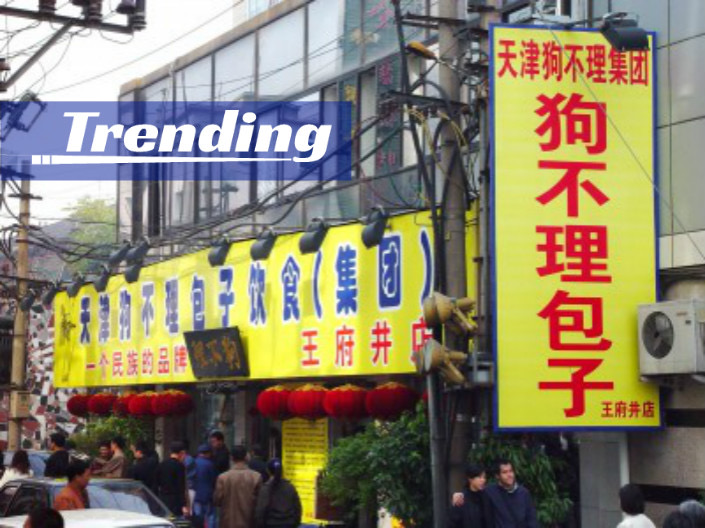 A social media storm over a state-run restaurant selling steamed buns is raising questions of whether China’s brands from the past can survive in the modern era.

Goubuli Group, a state-owned restaurant chain renowned for its steamed baozi or “stuffed buns,” published an online apology for appalling customer service and conditions at one of its biggest branches in Wangfujing, Beijing, which were exposed by state television in a video.

In a statement that attracted more than 10,000 comments and was seen by millions, the Chinese fast food chain says it severed ties with the restaurant franchisee in Wangfujing, emphasizing its preference for directly run restaurants where it can control quality.

Goubuli, which means “Dogs Won’t Touch It,” is originally from Tianjin in northern China and is one of the region’s best-known brands with a decidedly old-school reputation.

However, while the brand survived decades, the television expose caused some to ask whether the restaurant chain has gone past its sell-by date.

The restaurant first responded to the TV report by threatening the makers and posters of the video before taking a more reconciliatory approach. Netizens are not amused by the chain’s subsequent attempt to salvage its reputation.

“Your reputation?” one person wrote. “It's not as if you care about what you are selling. It’s just that this time everyone sees clearly, and you just cut the connection with one store? Look at all the rubbish you’ve written in the PR piece!”

A consensus developed that despite its efforts to minimalize damage, Goubuli’s public relations efforts were a disaster. One commentator called out the restaurant chain for hiding the apology in a night-time release.

“Goubuli is past its prime and is now just an old store selling old goods to old people,” another person wrote. “If you’ve done nothing wrong, fine, but if you have, take up the attitude of any restaurant in this situation and apologize properly, instead of being happy when you hear compliments and jumping a mile when you hear complaints. This time, kudos to CCTV!”

The most popular comment? “Never mind franchises, the main restaurant is rubbish too.”