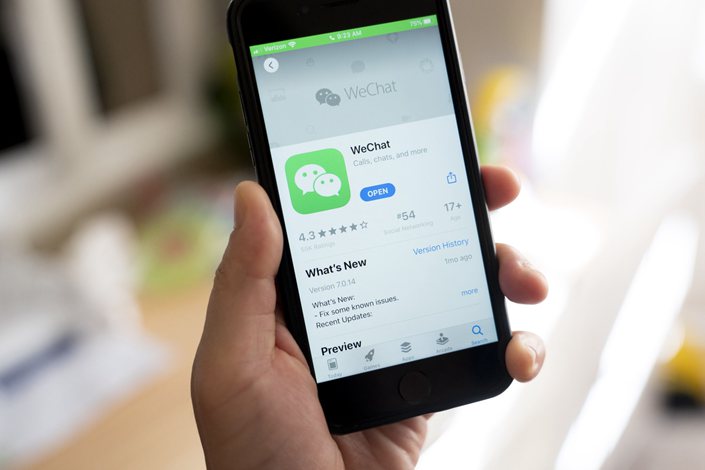 The U.S. Commerce Department plans to specify by Sept. 20 which transactions will actually be prohibited. But it doesn’t intend to define “the relevant transactions in such a way that would impose criminal or civil liability on such users,” according to a government filing Wednesday in federal court in San Francisco.

That does not mean WeChat users in the U.S. will be able to continue using the app after the deadline on Sunday. In the filing, the department warned that using the app to communicate with others “could be directly or indirectly impaired” by the restrictions.

The U.S. WeChat Users Alliance is seeking a preliminary injunction against Trump’s executive order. A hearing on the request is scheduled for Thursday.

On Tuesday, a judge denied a request from a TikTok Inc. employee to temporarily halt Trump’s order, which bars people in the U.S. from doing business with the social media app and its parent company. The judge ruled the request was premature and the U.S. had said the order won’t interfere with employees’ pay and work at TikTok.

According to the WeChat users group, Trump’s Aug. 6 order would sunder the primary and often exclusive channel many U.S. residents use to communicate with family and friends in both China and the U.S. WeChat is also used to run businesses and nonprofit organizations, practice religion and as a source news. WeChat is so integral to Chinese and Chinese Americans’ lives that a ban would be like “losing a limb” for some users, the group claims.

The government’s representation that the Commerce Department won’t target WeChat users doesn’t take away the need for an injunction, the WeChat Users Alliance said Wednesday in response. In addition, according to the group, if the administration allows individuals to use WeChat for personal and business communications, it undermines the U.S. argument that such use is a national security threat.

“Having first failed to articulate any actual national security concern, the administration’s latest ‘assurances’ that users can keep using WeChat, and exchange their personal and business information, only further illustrates the hollowness and pre-textual nature of defendants’ ‘national security’ rationales,” the group said in a court filing.

Trump has said both TikTok, which is owned by ByteDance Ltd., and WeChat, owned by Tencent Holdings Ltd., are a national security threat because the Chinese Communist Party can use the apps to spread misinformation, censor news critical of China, and steal users’ private and proprietary information.