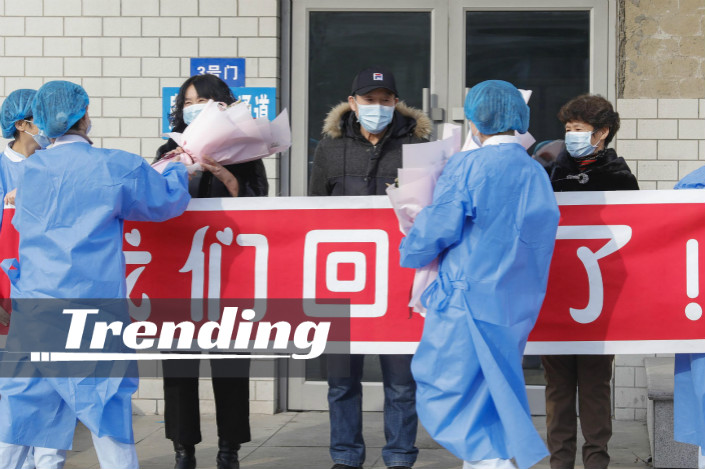 The TV series “Heroes in Harm’s Way” is trending, with the hashtag being discussed millions of times on Weibo.

The drama series, consisting of seven individual stories based on real events in the national fight against the coronavirus pandemic, premiered on September 17.

Broadcast on state TV channel CCTV-1, “Heroes in Harm’s Way” took only four months to produce before hitting Chinese television screens, and consists of 14 episodes with each storyline spanning two episodes. The stories touch on the themes of heroism, sacrifice and courage in dire times.

So far only two episodes have been broadcast but the show has drawn criticism due to “factual inaccuracies”, not least in regards to the gender balance of the “heroes”. In one example an official says the doctors in one hospital who signed up to be sent to Hubei province in support of local efforts were all men, while in fact, two-thirds of the medical workers who were sent to Hubei were women.

The inspirational drama has had a deep effect on some viewers. “Those heroes are a beam of light in the darkness, giving us the courage and strength to go through the pain and confusion, walking towards the light, and finally victory is ahead,” was a typical comment. While another popular message read “I was so moved when I watched the first two episodes and can’t wait to watch the others.”

Critics pointed out what they saw as the false depictions of women in the plot as well as some medical inaccuracies. “The screenwriter and director seem to be deliberately obliterating the achievements of women” said one popular message.