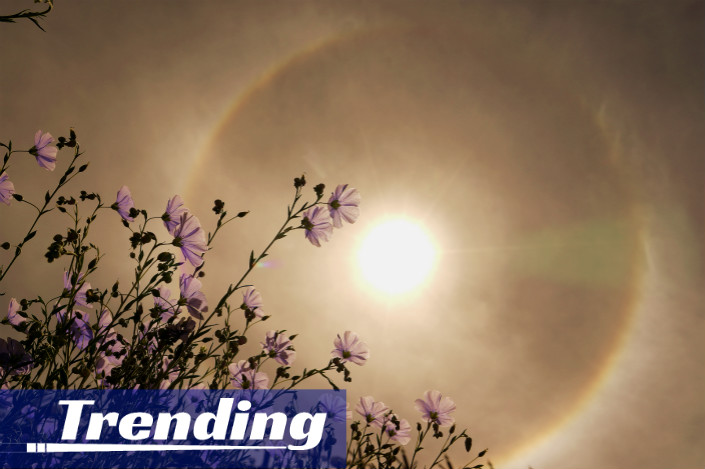 In the latest episode of the television series “Go Fighting,” a Chinese reality show promoting customs and cultures of Western China, a celebrity picks a flower in the wilds of Tibet, only for netizens to later point out it was an endangered plant, arousing criticism from environmentalists.

On a “Go Fighting” episode that aired on Sunday, several celebrities arrived in Tibet and were told by the reality show’s production team to pick a certain flower. Liu Yuning, a young singer, was the one who finally found and picked the target flower.

After the episode was broadcast, netizens pointed out on social media that flower was a Saussurea medusa, which is on the List of National Key Protected Wild Plants (Draft for Comment) and picking it is banned.

Liu posted an apology statement on his Weibo, saying that the flower was not a real Saussurea medusa but merely a prop prepared by the production team in advance, in order to promote Tibet. Liu also admitted that his actions provided a fake impression of what had really happened, and he might have misled people into picking plants in the wild.

Botanist Gu Yourong from Capital Normal University questioned whether the flower picked by Liu was really just a prop, as it is impossible for a prop master to make such a realistic looking fake. Gu also questioned the way the show promoted poverty alleviation results by showing them as if there is a trade-off between the two. “Poverty alleviation and biodiversity conservation are not contradictory, and they can even complement each other. This show is really to discredit people who are doing the best to alleviate poverty.”

The common view held by most netizens is that this flower was bought by the production team from the market and placed there because there are many sellers of this wild plant in the local fair despite the fact it is officially banned to pluck them.

“Since the purpose of the show is to promote public welfare and environmental protection, how can there be such a confusing plot? Why go picking instead of just finding this plant and familiarize the public with it? It is now a dilemma for the production team because substituting props for the genuine product is a fraud, but if it is a genuine flower, it is illegal,” read one popular comment.