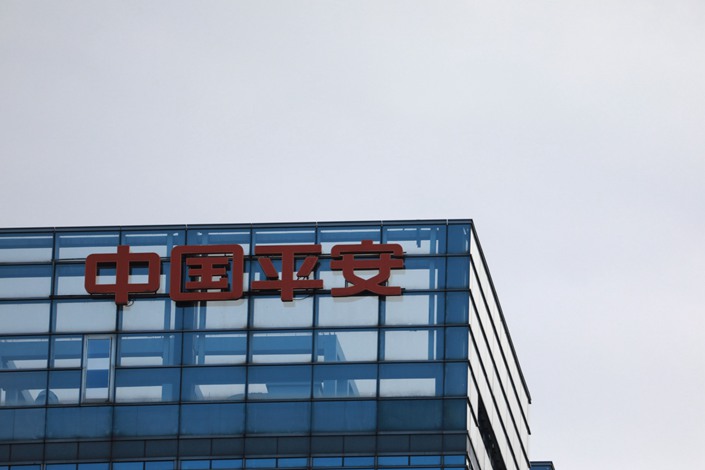 Signage for Ping An Insurance Group Co. is displayed atop a building in Beijing on Thursday, March 14, 2019. Photo: Bloomberg

(Bloomberg) — HSBC Holdings PLC rose the most in Hong Kong trading since 2009, recovering from a 25-year low, as its biggest shareholder raised its stake in a bet the embattled lender will return to paying dividends.

Ping An Insurance Group Co., which last week bought 10.8 million shares to boost its stake to 8%, remains confident in HSBC’s long-term prospects, a spokesperson said. The recent slump in the share price and valuation only increases HSBC’s appeal, the spokesperson said.

“Ping An believes HSBC’s suspension of dividend payments is a short-term issue and has been actively communicating with the lender about the possibility of restoring dividends in the future,” the spokesperson said.

The bank had plunged to 25-year low in part on speculation a massive bet on China could be thwarted. The ruling Communist Party’s Global Times newspaper reported that the bank could be put on an “unreliable entity” list that aims to punish firms, organizations or individuals that damage national security. It has rankled China over its participation in the U.S. investigation of Huawei Technologies Co.

At the behest of U.K. regulators, the bank suspended its dividend payments earlier this year.

“Ping An’s investment is giving a little reason for the gain today, but HSBC’s problems are still there,” Steven Leung, an executive director of Uob Kay Hian (Hong Kong) Ltd., said by phone. “The overall environment is still challenging as interest rates are low and there’s no visibility when HSBC will be able to distribute dividends again, as well as the tensions between China and the U.S.”

HSBC was also among global banks named in a report by the International Consortium of Investigative Journalists on lenders that “kept profiting from powerful and dangerous players” in the past two decades even after the U.S. imposed penalties on the institutions.

Facing difficulties in navigating low interest rates and surging loan losses sparked by the global pandemic, the bank’s profit halved in the first half. HSBC CEO Noel Quinn last month warned bad loans could swell to $13 billion this year. Quinn said the bank would attempt to hasten a shakeup of its global operations, accelerating a further pivot into Asia as its European operations lose money.

In response to the ICIJ report last week, the bank said that “starting in 2012, HSBC embarked on a multi-year journey to overhaul its ability to combat financial crime across more than 60 jurisdictions. HSBC is a much safer institution than it was in 2012.”