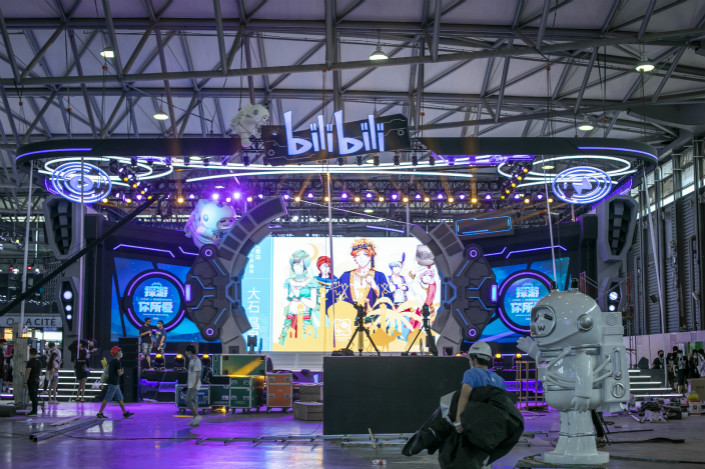 (Nikkei Asia) — Bilibili, a Nasdaq-listed Chinese video platform popular with millennials for its animation and gaming content, is moving ahead with plans for a secondary listing in Hong Kong next year that could raise as much as $1.5 billion, two people familiar with the situation said.

The company, which counts Tencent Holdings, Alibaba Group Holding and Sony as investors, has hired UBS, JPMorgan, Goldman Sachs and Morgan Stanley to arrange the offering, the two sources said.

Bilibili is the latest mainland Chinese company listed in the U.S. to firm up plans for a secondary listing in Hong Kong amid rising tensions between Beijing and Washington.

Other companies, including technology conglomerate Alibaba and online retailer JD.com, have already made the move and bankers estimate over 30 more could follow.

Bilibili raised $483 million in its initial public offering on the Nasdaq in March 2018 and can only list in Hong Kong next year because it is required by the financial hub's regulators to have a track record of at least two financial years of good regulatory compliance on another qualifying exchange to meet the city's listing rules.

The company is valued at $15.7 billion and could raise between $800 million and $1.5 billion, the people familiar with the deal said.

"Work on a draft prospectus has begun and we will start lining up meetings with potential investors to gauge the appetite for the offering," one of the persons said. "The strong run for the shares since listing on Nasdaq will certainly help."

Bilibili's share price has quadrupled since listing on the Nasdaq and has more than doubled this year. Its stock closed at $45.10 on Monday, up 7.9% from Friday.

A Bilibili spokesperson declined to comment on its possible plans for a secondary listing in Hong Kong.

Founded in 2009, Bilibili is one of the largest video-sharing platforms in China, with a monthly active user base of more than 170 million. It started as a website for comics and anime fans in China, and has since expanded to provide broader online entertainment content and formats, including live-broadcasting, online education and games.

Its business has surged during the COVID-19 pandemic given that a large number of workers and students are staying at home.

U.S.-listed Chinese companies are looking at Hong Kong as a possible secondary listing destination amid moves by U.S. regulators and legislators to push out Chinese companies by January 2022 unless they open their books to American auditors. Chinese companies have declined to do so, citing domestic laws that ban such access on the grounds that the statements could contain state secrets.