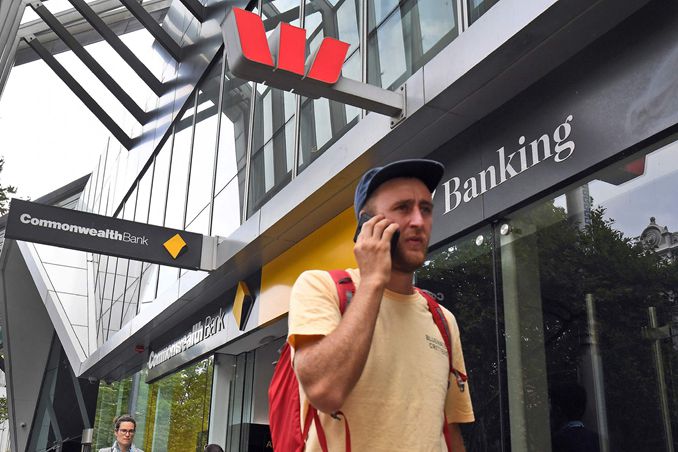 A Westpac bank branch in Melbourne, Australia, in February 2019.

(AFR) — Westpac Banking Corp. will exit its operations in Hong Kong and the Chinese mainland as part of a wider consolidation of its international business aimed at cutting costs and improving capital efficiency in a move which will reduce staff numbers in Asia by up to 200.

Just a year after it opened a new office in Shanghai, Westpac said Wednesday it would close its businesses in China’s commercial capital as well as Beijing, Hong Kong, Mumbai and Jakarta to focus on its core Australian and New Zealand institutional customers.

The move is the latest retreat from Asia by a big Australian bank and follows an escalation of diplomatic tensions between Australia and China and a national security crackdown in Hong Kong. Westpac will retain its operations in Singapore.

Banking sources said the move was not politically motivated and it would take 18 to 24 months to wind the operations down. Between 150 and 200 staff were currently employed across those six cities.

However, the timing of the move comes as more Australian companies reconsider moves to de-ploy capital or staff into China after the Morrison government warned Australians were at risk of arbitrary detention and diplomatic tensions between the countries rise.

Westpac said it would consolidate its international operations into branches in Singapore, Lon-don and New York.

Over time, it would improve the bank’s capital efficiency by reducing risk-weighted assets by over $5 billion. Westpac hopes to retain its big institutional customers in the region despite the staged rollout. This includes Bank of China and some major Chinese state-owned enterprises.

The move is a turnaround from its strategy to pursue opportunities from Asia’s rapid urbaniza-tion which was driving demand for infrastructure financing. Two years ago, executives also said there could be opportunities arising from China’s plan to make it easier for foreign firms to obtain yuan trading and derivative licenses.

Despite this, Australian exporters were expected to continue benefiting from the economic growth of China as it prepares to announce reforms to boost domestic consumption after avoid-ing a second wave of coronavirus infections.

Li-Gang Liu, Citi’s chief economist for China, told the Citi conference in Sydney on Wednesday that he expected China’s GDP to rise 2.4% this year which would make it one of the world’s few major economies delivering positive growth. He also forecast a 5.5% growth in China’s third-quarter GDP when the latest quarterly figures are reported next week.

“Down the road, we will see a lot of concrete policies to boost China’s domestic demand, espe-cially in terms of China’s consumption,” Liu said.