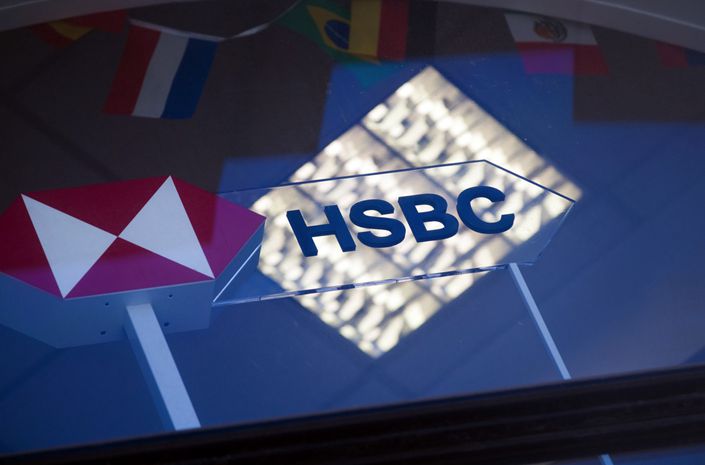 London-based HSBC had been on every list of banks arranging sale of the sovereign debt since the country resumed doing big deals three years ago. Photo: Bloomberg

(Bloomberg) — HSBC Holdings PLC was left off the list of banks arranging China’s sovereign dollar debt sale for the first time since the nation returned with big annual deals in 2017.

Planned for this week, the $6 billion sale will be arranged by 13 banks, including four Chinese lenders and foreign banks such as Bank of America Corp., Citigroup Inc. and Standard Chartered PLC, according to people familiar with the matter who asked not to be named discussing a private information. The Ministry of Finance didn’t immediately respond to a fax seeking comment.

The reason for HSBC’s omission was unclear, but the London-based lender’s relationship with China has become increasingly fraught. The bank has been blasted by Chinese media for its role in the U.S. investigation of Huawei Technologies Co. Ltd. and criticized for not coming out fast enough in support of Hong Kong’s new security law.

Last month, the ruling Communist Party’s Global Times newspaper reported that the bank, which counts Hong Kong as its biggest market, could be put on an “unreliable entity” list that aims to punish firms that damage China’s national security.

A Hong Kong-based spokesman for HSBC said the bank won’t comment on any specific deals. “As the leading foreign bank for G3 debt issuance in mainland China, HSBC is committed to supporting our clients and the opening up of China’s capital markets,” he said, adding “we have a good ongoing working relationship with” the Ministry of Finance.

China is key to HSBC Chief Executive Officer Noel Quinn plans to revive the lender’s fortunes. Quinn is this year hastening a shakeup of its global operations, pivoting further into Asia as its European operations lose money and it struggles with ballooning bad debt and low interest rates. The bank’s shares hit a 25-year low last month in Hong Kong in part on concerns its plans to expand in China could be endangered.

The stock dropped 3.7% as of 10:13 a.m. in Hong Kong, extending this year’s decline to 50% and making it the worst performer in the benchmark Hang Seng Index.

HSBC has acted as one of the arrangers for China’s dollar bond deals each year since China came back to that market in 2017, according to data compiled by Bloomberg. Last year, it also helped arranged a sale of China’s euro-denominated notes, the first such sale in 15 years. HSBC ranks second in the league table for offshore Chinese debt deals so far this year, according to Bloomberg-compiled data.

The lender has had other setbacks, losing out last year on coveted spot in pricing a new Chinese benchmark rate and failing in a bid to get a license to underwrite all types of company notes in the Chinese interbank bond market.