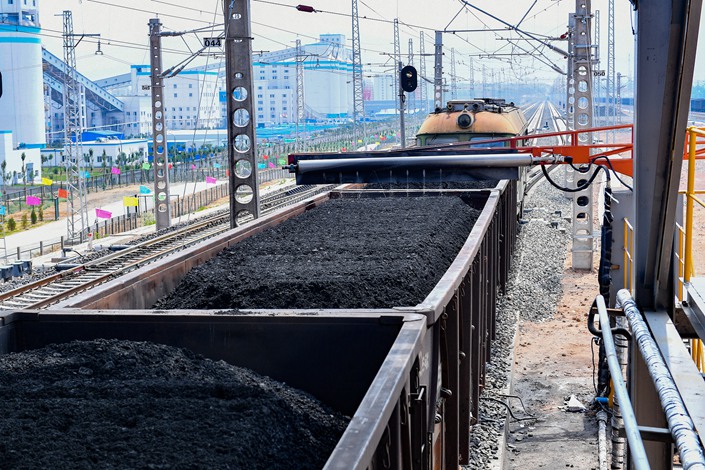 China over the past three years has imposed annual limits on the volume of foreign coal it was willing to import.

BHP Group Ltd.’s Chinese customers have asked the miner for relief from coal purchase contracts in the wake of Beijing’s move to crack down on foreign coal imports.

The requests for deferral come amid uncertainty over whether China is seeking to limit purchases of foreign coal of all origins, or whether Australian miners are being specifically targeted under an extension of geopolitical trade tensions.

BHP chairman Ken MacKenzie said he would be concerned if Australian coal was being discriminated against. ‘‘We understand there may be some new developments relating to how China plans and moderates imports versus their own domestic coal production,’’ he said Wednesday evening.

“Our commercial team has recently received deferment requests from some of our Chinese customers. But we have long standing relationships with our customers in China and we are working with them to understand the situation more comprehensively,” MacKenzie said.

‘‘It would be concerning if the rumors are true regarding an import restriction for Australian coal into China,” he said.

China has over the past three years imposed annual limits on the volume of foreign coal it was willing to import. Those limits saw foreign coal marooned at Chinese ports through the latter weeks of the calendar year, only to be waved through by Chinese customs after Jan. 1.

It remains unclear whether the coal deferrals requested by BHP’s customers were linked to annual volumetric limits on Chinese coal imports, or were more linked to geopolitical tensions.

‘‘Our concern around some of these geopolitical tensions and trade wars that are going on is the impact it could have on global growth, and in a post-Covid world that probably has even more concern,’’ he said.

‘‘The bilateral relationship is held as important by both parties and we have a great relationship with customers and suppliers in China, they have been great partners for us at BHP for a long time,” he said. ‘‘Over the last year our customer and supplier relationships with China have strengthened as we have supported them during Covid.’’

Rail operator Aurizon Holdings Ltd., which is a major player in transporting Australian coal between mines and ports, said on Wednesday that coal volumes had slumped 5% in the three months to Sept. 30.

On the topic of the China coal bans, Aurizon noted that China had been moving to curtail ‘‘aggregate coal import volume to maintain a similar annual result to the prior calendar year.”