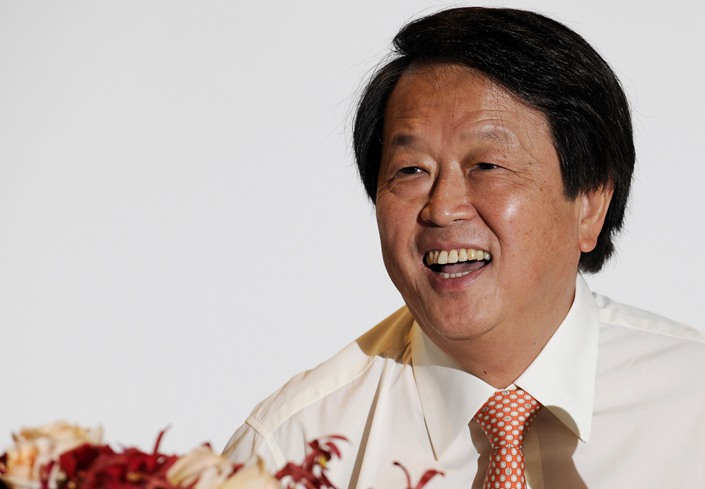 (Bloomberg) — Kuok Khoon Hong pulled off a remarkable second act. The billionaire sold shares of his China business in the biggest ever initial public offering (IPO) on the Shenzhen Stock Exchange, thanks to the most popular cooking oil brand in the country.

Kuok’s Yihai Kerry Arawana Holdings Co Ltd. almost doubled when the stock debuted on the ChiNext board on Thursday after its IPO raised 13.9 billion yuan ($2 billion). Its namesake cooking oil with a Golden Dragon Fish logo has been a staple of Chinese kitchens for decades and fueled demand 3,499 times the amount of shares offered to retail investors online.

After starting production in 1991 from the Chinese mainland’s first packed oil production line, the unit of Kuok’s Wilmar International Ltd. now has 40% of a Chinese edible oil market that consumes almost 40 million tons annually. The IPO came just three years after the country opened doors for foreign firms to invest in the oilseeds crushing sector, allowing global powerhouses such as Bunge Ltd. and Cargill Inc. to take on local rivals including Arawana and state-run Cofco Corp.

“Yihai Kerry Arawana has tremendous controlling power in its own market, with a solid sales performance even during the lockdown period of the coronavirus,” Wang Ling, a Beijing-based analyst with Sinolink Securities Co. Ltd., said in a telephone interview.

Wang expects expansion after the IPO will lead to an all-around capacity increase in Arawana’s oilseed crushing and grain processing operations, boosting both its revenue and net income in the three years through 2022. Arawana’s shares opened up 91% to 48.96 yuan ($7.29) per share and traded at 40.48 yuan at 9:52 a.m. local time, compared with the IPO price of 25.70 yuan.

The share sale surpassed CGN Power Co. Ltd.’s 12.6 billion yuan listing in 2019 to be the largest IPO ever in Shenzhen, according to data compiled by Bloomberg.

Kuok’s IPO of Arawana follows his success in turning Wilmar, with annual revenue of more than $40 billion, into the world’s biggest palm-oil business. Shares of the Singapore-based commodities giant fell 4.7% in early Singapore trade, paring this year’s gain to 7.8%. Archer-Daniels-Midland Co. owns more than 20% of Wilmar.

Arawana pitched the IPO as a reflection of its position in China and a bet on the country’s future, it said in a statement on its website last month. The company had revenue of 171 billion yuan in 2019 with net income of 5.56 billion yuan, according to an exchange filing.

The IPO appealed to the mainland’s individual retailers with a promise to share profits with the Chinese people and contribute to the economy of its homeland.

That’s a powerful message in a market where individual investors are fueling a share rally, with the value of Chinese domestic equities topping $10 trillion for the first time since 2015. The world’s second-largest stock market has added $3.3 trillion since a low in March, helped by government policies to encourage trading, a flurry of new listings and the strengthening yuan.

Huang Xiong, a 53-year-old from Shanghai, snared an allocation of shares in the IPO and said he was drawn in by Arawana’s strong position in the cooking oil market.

“The product is meeting demand for something that all homes must consume on a daily basis in China,” Huang said in a telephone interview. “Arawana has been in a dominant position here as a brand everybody knows for many years,” he said, adding that a general bullish sentiment in China’s stock market fueled interest.

Yihai Kerry Arawana currently operates more than 70 production bases in China producing cooking oil to rice, flour, diary and other ingredients. It has said the IPO proceeds will be used on 19 food production projects in the country. Kuok has reiterated his confidence in the mainland, even as a deadly pig-killing virus cut demand for animal feed, and the outbreak of coronavirus forced people to dine at home.

In its latest expansion, Arawana will invest 10 billion yuan to build the largest food complex in eastern China’s, according to the local government. The industrial park located in Jiangsu province’s Lusi port will include an edible oil refinery, facilities to crush oilseeds and process rice, as well as piers. The project will target the almost quarter of a billion consumers in China’s rich Yangtze River Delta, a market that includes the cities of Shanghai, Nanjing and Hangzhou.