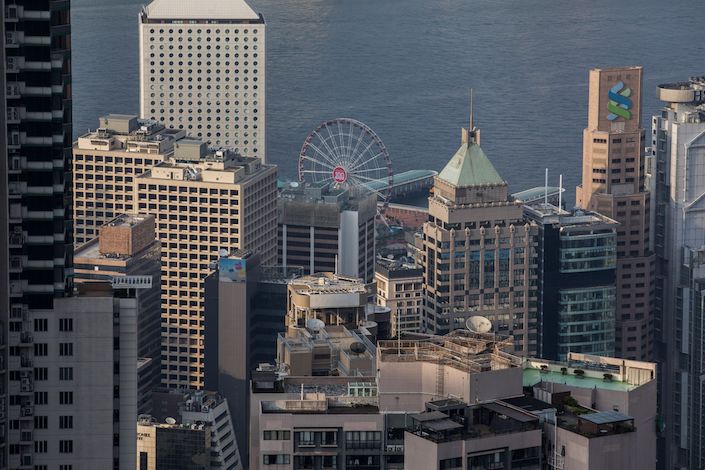 (Bloomberg) — The countdown began on whether banks will be ensnared in the Trump administration’s sanctions on Chinese officials who were singled out for contributing to a clampdown on political protests in Hong Kong.

A U.S. report to Congress Wednesday cited 10 officials, including Hong Kong Chief Executive Carrie Lam and Xia Baolong, the head of China’s Hong Kong and Macao Affairs Office, for their roles in implementing a new security law in the former British colony. The State Department list reinforced sanctions imposed in August under an executive order which included one additional name.

Officials in the U.S. now have 60 days to identify banks that have business with those on the list, putting lenders at risk of being sanctioned. Banks operating in Hong Kong, including Citigroup Inc. as well as major Chinese lenders, have already been taking steps to ensure they are compliant with U.S. laws.

The follow-up will identify “any foreign financial institutions that knowingly conduct a significant transaction with the foreign persons listed in this report,” the State Department said based on what’s laid out in the Hong Kong Autonomy Act.

“If the U.S. insists on going down the wrong path, China will take necessary countermeasures to safeguard national sovereignty, security and development interests and the legitimate rights and interests of Chinese companies,” Chinese Foreign Ministry spokesman Zhao Lijian said Thursday at a briefing.

Citigroup took steps in August to suspend accounts linked to some of the targeted individuals, a person familiar with the matter said at the time. Standard Chartered Plc, based in London, also reviewed whether it has relationships with any of the officials and will monitor their transactions, another person said.

Even China’s largest state-run banks moved to comply, seeking to safeguard their access to crucial dollar funding and overseas networks. Major lenders with operations in the U.S. including Bank of China Ltd., China Construction Bank Corp. and China Merchants Bank Co. turned cautious on opening new accounts for the 11 officials including Lam, people familiar with the matter said.

China’s state-owned lenders need to preserve their access to global financial markets. The four largest banks had $1.2 trillion in dollar funding at the end of June.