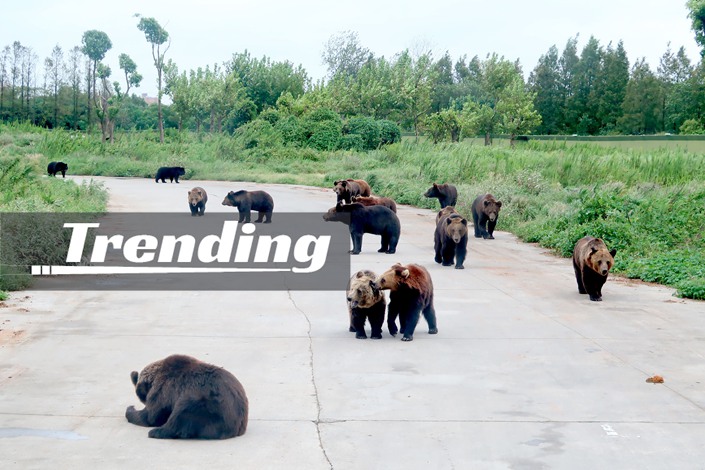 On Oct. 17, tourists witnessed a group of bears kill an animal keeper in the Shanghai Wildlife Park.

A group of tourists were riding through the Shanghai Wildlife Park when they witnessed an animal keeper attacked by a group of bears and dragged away. There was also an excavator in the wildlife enclosure, which was under construction. The operator of the excavator tried to disperse the bears but was unsuccessful and could temporarily hide inside, while the witnesses said they were seriously frightened.

The wildlife park has confirmed the online accounts of the tourists, the animal keeper was killed and said the animal enclosure, where the attack took place, is closed with relevant departments under investigation.

This tragedy has triggered a discussion on social media over the safety measures taken by the wildlife park. One visitor who had been to the park before the attack commented “I have been there twice. Generally speaking, the protection measures for tourists at the Shanghai Wildlife Park are very well in place … But it was the breeder who died this time; it seems that the zoo did not do enough to protect the breeder.”

Others have focused less on the animal keeper and more on the “animal cruelty” of keeping animals in captivity, “Human beings watch animals in captivity for their own benefit, but … Whether in a wildlife park or a circus show, the training process is cruel, people can’t see it and just enjoy it. They are beasts; why always try to domesticate them?”