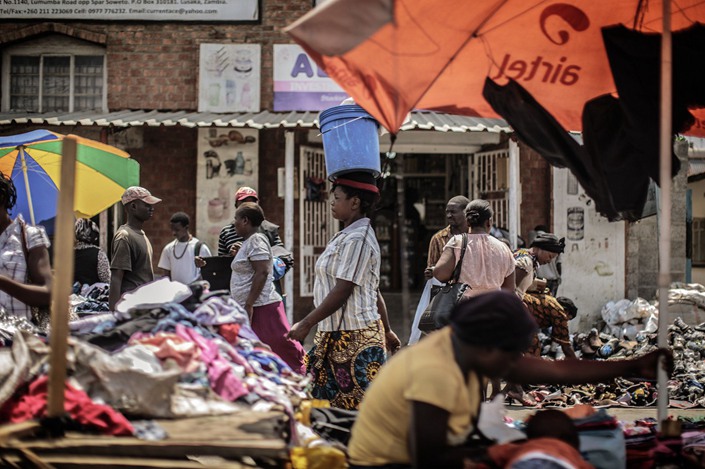 (Bloomberg) — The clock is ticking for Zambia to convince reluctant bondholders to accept an interest-payment holiday while it works out a debt-restructuring strategy.

If investors refuse Zambia’s request for a six-month standstill in a key vote on Tuesday, it may become the first African nation to default since the onset of the coronavirus. That could set a precedent for how cash-strapped governments treat private and Chinese creditors.

The southern African nation isn’t making it any easier for bondholders to give it breathing space. Days after the government said it didn’t have the cash, it skipped a $42.5 million coupon payment — only for Finance Minister Bwalya Ng’andu to tell lawmakers the Treasury could have paid if it wanted to. That may leave investors doubting the government’s will to tackle its debt problems in the run-up to elections in August.

“Zambia may very well be the most prominent battleground that this tension between creditors plays out,” said Irmgard Erasmus, an economist at Paarl, South Africa-based NKC Africa Economics. “Eurobond holders, in particular, are certain to use all the weapons in their arsenal to limit moral hazard to the rest of sub-Saharan Africa.”

A group that holds about 40% of Zambia’s $3 billion in outstanding Eurobonds has already said it won’t support the proposal. The government has a 30-day grace period to make the interest payment it missed last week before a default event occurs, which would allow bondholders to demand immediate repayment of the principal.

Ng’andu, who started the job last year, needs to balance the competing interests of Eurobond holders and mainly state-owned creditors from China, to whom Zambia owes even more money. Eurobond holders are demanding greater transparency and an endorsement from the International Monetary Fund. Zambia says it is treating all creditors equally.

The government hired Lazard Freres as financial advisers in May to assist with what it called a liability management exercise of its then $11.2 billion in external debt. The copper producing nation’s debt has since shot up to almost $12 billion, and a messy default is becoming increasingly probable.

Zambia skipped the coupon on the recommendation of its advisers, according to Ng’andu.

“They were of the strong view and opinion that if we pay we were going to create a very hostile environment within which to negotiate with other creditors,” he told lawmakers Oct. 15. “Because, we would have departed from the principal of pari passu.”

Still, an increase in copper prices may have bought Zambia some time, with some investors, including GAM Ltd. seeing value in the Eurobonds, betting on a rebound. They’re not the only ones: after slumping 14% from Tuesday to Thursday to as low as 41.5 cents on the dollar, the 2024 securities rallied as much as 6.1% on Friday.

Prices for the metal Zambia relies on for more than two-thirds of its export earnings have rallied by nearly 50% since their March lows, helping the central bank stabilize foreign exchange reserves, which had plunged to record lows. Still, a borrowing binge over the past decade by a populist government seeking to win favor through building roads, airports and military housing, has left it with an increasingly squeezed budget.

External debt servicing has also hurt the nation’s currency; the kwacha has fallen about 30% against the U.S. dollar this year, more than any other in Africa.

With 10 months to the next general elections, the government faces a tumultuous path of trying to negotiate deals with private creditors and Chinese state-owned banks, while trying to win favor from the IMF at the same time.

While Ng’andu has said he hopes to strike deals in months, neighboring Mozambique — which only restructured a single Eurobond — took three years to reach agreement with note holders.