Not Even China Can Stop Yuan’s Rally 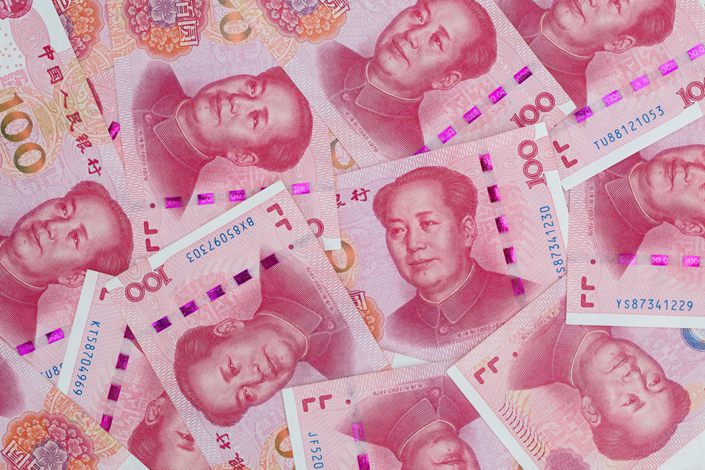 The yuan climbed about 0.4% Wednesday to its strongest level against the U.S. dollar since July 2018. Photo: Bloomberg

(Bloomberg) — Currency traders are testing China’s tolerance for a strong yuan, which keeps rallying no matter what officials do to rein in appreciation.

The currency climbed about 0.4% to its strongest since July 2018 on Wednesday, even after the People’s Bank of China set its daily reference rate weaker than analysts had expected. Traders have pushed the currency stronger than the so-called fixing for six days, a sign of confidence that the yuan will continue to rally.

The offshore yuan, whose moves aren’t limited by the fixing, suggests traders based beyond mainland China are even more bullish. The rate has been stronger than its onshore counterpart for the longest stretch in more than a year. Deutsche Bank AG strategists were the latest to join a growing chorus of market watchers predicting the yuan will gain if the Democrats win the U.S. elections.

History shows taking a one-way view on China’s currency is often a dangerous strategy, and something officials have repeatedly acted to prevent. While it’s unclear whether Beijing is growing uncomfortable with the pace of the yuan’s rally, what’s certain is that the government would have to do a lot more to deter currency traders from driving up the exchange rate.

Less than two weeks ago China scrapped a two-year rule that made it expensive to bet against the yuan, which was widely interpreted as a tactic to rein in appreciation. While the yuan tumbled the most in nearly seven months after the news, it quickly reversed the losses. The government had allowed domestic institutional investors to buy more overseas assets in September — which can encourage some capital outflow — but that has also failed to slow the yuan’s ascent.

The currency of the world’s second-largest economy has surged nearly 5% over the past three months, the most in Asia after the South Korean won. In addition to dollar weakness, the yuan is being underpinned by a wide interest-rate premium over the rest of the world. China’s 10-year government bond yields are at 3.2%, sending the gap versus the yield on U.S. Treasuries to near the highest on record.

The PBOC has a raft of other measures in its toolkit. One of its preferred measures is to set the fixing — which limits moves to 2% in either direction — at levels weaker than market watchers expect. It could also relax capital controls installed after a shock devaluation five years ago and mobilize state-backed banks to sell the yuan.

“The PBOC will take this week’s yuan strengthening as too fast,” said Nathan Chow, a senior economist at DBS Bank Ltd.’s Hong Kong branch. “It will send signals verbally or through the fixing rate. They could ask Chinese banks to buy U.S. dollars.”

The yuan’s rally has also been aided by the economy’s rebound from the virus pandemic. That recovery continued in the July-September period, when gross domestic product expanded by 4.9% from a year earlier. The prospects of a victory by Joe Biden over Donald Trump in the upcoming U.S. presidential election are also supporting the currency. Trump’s trade war with China last year sent the currency to its lowest since 2008.