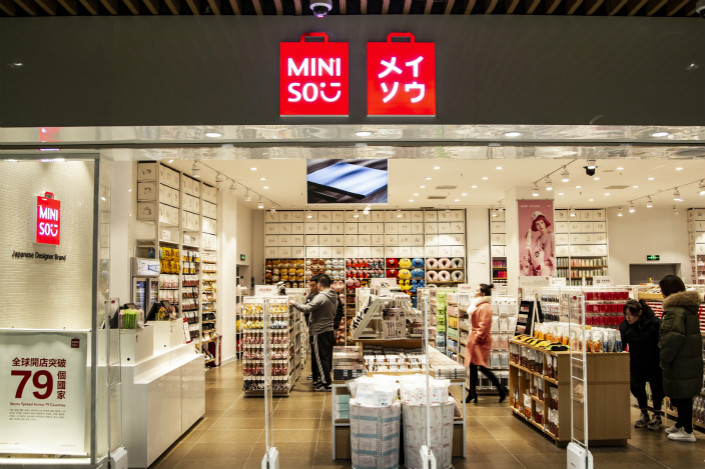 Miniso, a Chinese budget household and consumer goods retailer, has opened its first store in Paris in a renewed effort to increase its presence in Europe, following a New York IPO earlier this month.

More than 80% of the products sold in the new Paris outlet, which is located on 58 Rue de la Chaussee-d’Antin, are priced below 10 euros ($11.80), Miniso said in a statement on Wednesday.

The Guangzhou-based company, seen by many as China’s cheaper alternative to Japanese retailer Muji, also said that it plans to open two more stores in Paris by the end of this year in partnership with the team of retail businessman Jonathan Siboni, who is also the president of Paris-based data intelligence firm Luxurynsight.

Founded in 2013, Miniso sells Japanese design-inspired products ranging from cosmetics and textiles to toys and snacks, and has over 4,200 stores in more than 80 countries and regions including the U.S., the U.K. and India. Over 2,500 of its stores are in China.

According to its IPO prospectus, Miniso, which counts tech giant Tencent and equity firm Hillhouse Capital as financial backers, sold 95% of its products for less than 50 yuan in the 12 months between July 2019 and June 2020.