Once a Chinese Tech Unicorn, Renrenche Now on the Block For the Price of a Scooter 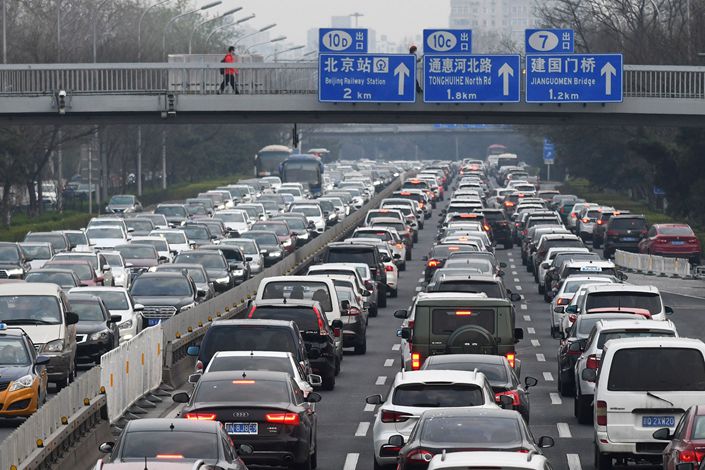 (Bloomberg) — Renrenche was one of China’s hottest tech unicorns backed by investors in-cluding Goldman Sachs Group Inc. and Tencent Holdings Ltd. Now the car website could sell itself for a little over $1,000.

The Beijing-based startup — which had a pre-money valuation of $1.4 billion in a financing round just two years ago — has a preliminary plan to sell its major assets to 58.com Inc. for HK$10,000 ($1,290), according to people familiar with the matter. China’s online classified ad leader will take over Renrenche’s Hong Kong entity, while offering at least $4 million in loans to its Chinese mainland operations, said the people, asking not to be identified because the transac-tion is private. The parties have yet to finalize the deal and may not proceed with it, the people said.

A representative for Renrenche declined to comment but said the contents of an emailed query sent to the company was inaccurate, without elaborating.

The deal may help bail out the car trading platform, which ran into financing troubles amid the unraveling of China’s once-booming sharing economy. Founded in 2014, Renrenche connects users seeking to trade second-hand vehicles, taking a smaller cut than offline dealers. Its backers include ride-hailing giant Didi Chuxing, as well as venture firms like Shunwei Capital and Redpoint China. In 2018, it completed a $300 million investment round led by Goldman Sachs, according to a company statement.

But competition with rivals like Uxin Ltd. and Softbank Vision Fund-backed Guazi.com — cou-pled with business disruptions during the Covid-19 pandemic — quickly dried up funding for Renrenche. One of its creditors, Argyle Street Management Ltd., is seeking a winding-up order in a court in the Cayman Islands, where Renrenche is registered, on the grounds that the compa-ny was unable to pay back roughly $15 million in debts, according to a court filing viewed by Bloomberg News.

That petition may complicate the transaction with 58.com. The deal was rejected by some inves-tors but won key support from Tencent and Didi during a shareholder meeting last week, accord-ing to the people. Investors are still looking into other options to resolve Renrenche’s liquidity crisis, the people said.

Renrenche’s representative was responding to an email that included questions on the HK$10,000 offer by 58.com as well as the loans, and that the deal had won backing from Ten-cent and Didi. The representative didn’t specify what was inaccurate. 58.com didn’t respond to requests for comment, while spokespeople at Tencent and Didi declined to comment.

If the firesale goes through, it would mark one of the more spectacular startup failures since Chi-na’s internet boom kicked off a decade ago. Renrenche’s rapid fall echoed high-profile failures when mini-bubbles popped, like Mobike or Ofo in bike-sharing, but those have been rarities given sustained growth in smartphone and internet adoption.

58.com, often billed as China’s answer to Craigslist, also counts Tencent among its backers. In June, the online classified portal agreed to a buyout deal at about an $8.7 billion value, joining a slew of Chinese firms to ditch their U.S listings.