Trending in China: Scalpers Take Advantage of Lack of New iPhone 12s in Stock in China 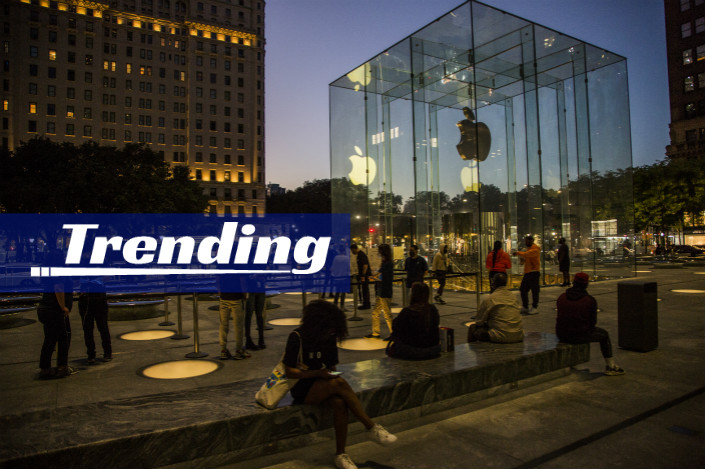 The iPhone 12 went on sale in China on Friday with long queues forming around Apple stores across the country. But the attention on Chinese social media was focused not on the long lines of excited customers, but on the scalpers taking advantage of them.

Before 8 a.m., there were already long lines at Apple’s flagship store in Sanlitun, Beijing despite the fact that customers had already booked out appointments on Apple’s website in advance. Walk-in buyers were told they would not be admitted until 10 a.m.

But according to Apple’s website, the first batch of iPhone 12 Pros slated to go on the market on Oct. 23 had already sold out. That meant waits of three to four weeks were in store for those who missed out.

Scalpers were quick to take advantage, telling those on the scene in Sanlitun that there was a shortage of stock and offering the 128G version of the iPhone12 Pro at a 1,000 yuan ($150) mark-up on the original price of 8,499 yuan.

After seeing a video interview with one scalper posted online, some social media users questioned why Apple’s fans simply couldn’t wait. One popular comment read, “It’s just a phone, why bother to compete for it? It will be in stock sooner or later.”