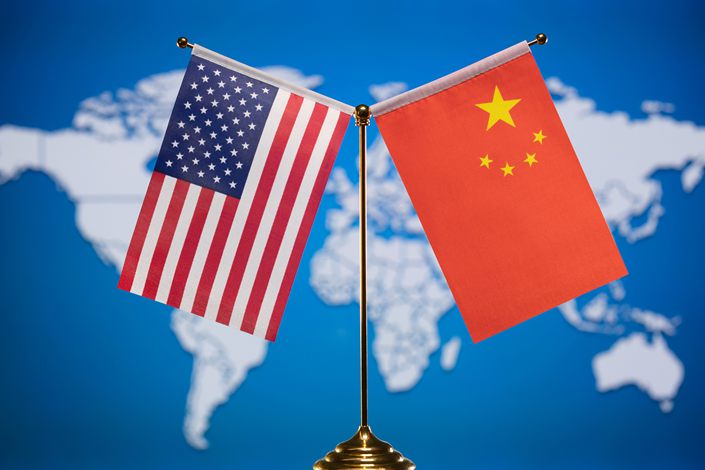 During the four decades of normalized affairs between China and the United States, the relationship has been pitched and rolled by the ebb and flow of history, punctuated by occasional challenges and setbacks but always looking to the future. But even when encountering tumultuous headwinds, bilateral trade between China and the United States has served as a stabilizing ballast, propelling the relationship forward for decades. Despite the frustration and distrust that have weakened the bond between Beijing and Washington, can trade along with finance serve as ballasts in the Sino-American relationship?

With phase one of the trade deal complete, the most clear-cut way for trade to continue to propel the relationship forward, is for both nations to follow through on their commitments. For China, this was a difficult but not an impossible ask when the trade deal was agreed to at the beginning of the year. Additional agricultural purchases would have eventually taken place over time, which the deal accelerated. However, that was before the Covid-19 induced economic slowdown. Through the end of August, China was at a 25% level of the stated $36 billion target for agricultural imports. Despite the slower pace, White House officials recently stated their satisfaction that China is purchasing more agricultural commodities than ever before.

For its part, the Trump administration needs to resist the temptation to propose any additional tariffs or introduce export controls that far exceed any common sense safeguarding of national security to the detriment of American exports. As the trade war has morphed into all out structural competition and spilled over to other sectors, the refashioning of an export regime in sensitive areas, such as high-tech components, runs the risk of unsettling agreements entered to date.

Trump’s continuous broadsides against Beijing, criticizing the regime, threatening further decoupling are counterproductive to his goal of keeping the trade deal intact. Thus, allowing him to shore up electoral support from crucial agriculture-dominant states during the upcoming Presidential election. Furthermore, as both countries are still recovering from a coronavirus weakened economy, it makes sense to keep bilateral trade on track, as part of a broader economic recovery.

“Beijing and Washington need a major reset and should consider lessons from those voices in the past who were also flung about by turbulent currents in the Sino-American relationship.”

Can trade expand its role as a ballast? Conceivably, but it will not happen any time soon. Although the trade deal is something both sides can point to as a win, the negotiations leading up to the agreement were bruising and drawn-out. Going forward, trade as a ballast has lost some of its punch and appeal. And despite the White House’s disinclination to pursue a phase two deal, it may in due course, be forced to revisit the issue if Trump were to be reelected.

Pressure is gradually mounting to remove tariffs left in place but it is not coming from China. Remarkably, over 3,000 firms are suing the Trump administration over the tariffs on Chinese goods. Companies representing all sectors of the economy have filed suit including Ford, Home Depot, Ralph Lauren and Target. Coca Cola and Disney among others are to initiate legal action. Products subject to tariffs run the gamut — from clothing and textiles, consumer goods, electronics and food stuffs, to industrial products natural resources and specialty chemicals.

The lawsuits have gained added credence due to the recent WTO ruling that found the United States in violation of global trading rules by imposing billions of dollars of tariffs on Chinese products. Faced with added pressure — litigation from thousands of American firms, China’s eventual (though not immediate) desire for a phase two deal and an anemic economy recovery — Washington may no longer be able to solely dictate the timeframe for tackling or ignoring the remaining tariffs. Eventually, the need for addressing them will become more pressing, forcing the U.S. back to the negotiating table.

The fact that the White House has expressed no interest in beginning talks for a phase two deal means that other relationship stabilizers will need to be relied upon. The phase one trade deal does include a provision on improved access to China’s financial services industry, addressing concerns about investment barriers and foreign equity restrictions. It is here where finance may provide a much-needed boost.

What steps should China take for finance to serve as an effective ballast? Currently, China is rolling out some of its boldest programs in years as part of reform and opening of its $45 trillion financial services sector. The most straightforward course of action is for Beijing to continue with the opening of the banking, brokerage and asset management sectors, making it easier to attract foreign institutions. Assets parked at fund managers, banks, insurers and other vehicles is expected to reach $30 trillion by 2022. For asset management, retail and high net worth clients will continue to drive growth. A steady stream of overseas asset managers beyond recognizable names like BlackRock, JP Morgan, Morgan Stanley and UBS are exploring collaboration models with local counterparts to participate in a booming asset management sector.

As part of its open market access, Beijing should address concerns around previously made commitments. The trade agreement expands on China’s assurances to open its financial sector to greater foreign participation and for it to honor timelines for business license approval and clarification for the allowed range of business activities for financial services firms. Foot-dragging in these areas would only serve to frustrate foreign players and reinforce the notion that not much has changed.

Allowing easier cross-border mergers and acquisitions in the brokerage industry is another win. In its current state, the sector is woefully fragmented, where over 100 brokerages have a combined asset size equal to Goldman Sachs. The industry is hobbled with inefficiencies including a lower return on equity than American or European peers and is ripe for consolidation. Overseas companies are being encouraged to participate and modernize the financial sector — improve capital allocation and develop a slew of new financial products.

For finance to function as an effective ballast, the U.S. must also take reciprocal action to demonstrate good faith. First, it should refrain from politicizing capital market access and maintain an open channel for Chinese firms that want to list their companies on a U.S. exchange. The Luckin Coffee scandal was a pivotal event in that Chinese IPOs became a front and center concern for Washington. The episode highlights the challenges associated with overseeing cross-border IPOs and it provides an opening for enhanced coordination between regulators in different jurisdictions who have a collective interest in ensuring the integrity and confidence of the listing process. In that same spirit of maintaining open access to different components of America’s financial architecture, Washington should cease all talk of shutting China out of the global payments system, known as the nuclear option.

Beijing and Washington need a major reset and should consider lessons from those voices in the past who were also flung about by turbulent currents in the Sino-American relationship. Trade can still act as a ballast but the hard-fought trade negotiations have left it weak and in need of other areas to propel the relationship in the right direction. International finance offers a chance to diffuse tensions and plant much-needed seeds of trust.

Ultimately, the goal of these and other initiatives should not be to return outdated cooperation models that however well-intentioned, have outlived their usefulness. Rather, the focus should be a set of policies that while they may lead to increased competition, on the whole, are more cooperative and beneficial to both nations.