Trending in China: Do The Sins Of The Father Fall On Their Sons? Social Media Lambast Pop Star with ‘Deadbeat’ Dad 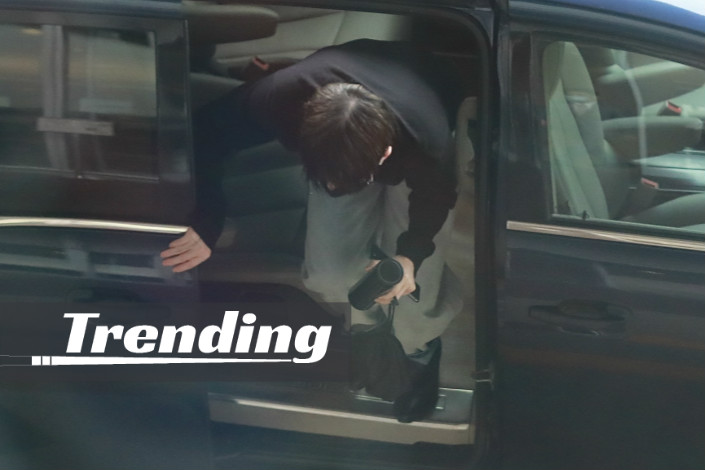 A fierce online controversy is unfolding around a young Chinese celebrity Zhou Zhennan, as his “wealthy” parents were revealed to owe hundreds of millions of yuan in debts.

Zhou Zhennan, a 20-year-old singer, has more than 10 million followers on Weibo following success on a talent show. He has often hinted that he is from a rich and privileged family and has repeatedly shown off his palatial family villa complete with three maids.

However, in recent days multiple media sources have reported that Zhou's father, Zhou Yong, has been on a government blacklist of “dishonest persons subject to enforcement” since 2016, which means he is restricted from buying certain luxury goods or flying first class. On top of this, Zhou’s father’s companies have allegedly accumulated debts worth hundreds of millions of yuan.

Also, a property complex sold by Zhou Senior has come under considerable criticism from residents. Supposedly the buildings are of low quality with bricks falling off walls, and sewage overflowing in the basements.

Zhou Zhennan posted an apology on Weibo on Oct 26, saying that he knew nothing of his parents' situation, adding “(I’ll) help my father overcome these difficulties and help all the people who have been affected to recover their losses.”

Although the legal experts have noted that Zhou Zhennan has no legal obligation to take responsibility for his father's liabilities, furious netizens have criticized him and have urged him to “pay back” his father’s debts. One typical comment read, “You and your parents live in a big villa and enjoy a luxurious life while those victims are living in rotten buildings. Zhou Zhennan, come out and pay back the money!”

Many of Zhou’s fans’ have stuck by him, but other social media users refuse to believe that he was unaware of his parents’ behavior especially in light of the fact that people on the list have audible alerts when their phones ring so that others know they have been blacklisted. “Your parents are restricted from high-spending behavior, cannot fly first class, and you can even hear the special alert tone when their phones ring; how could you not know?” another popular comment read.