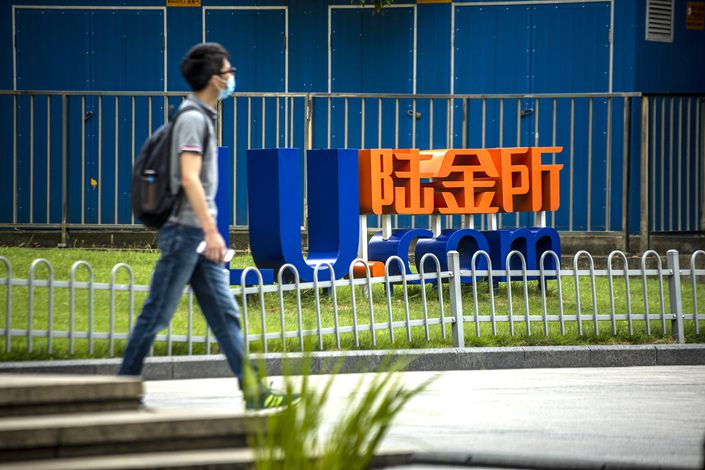 The offering values Lufax at $33 billion based on the outstanding shares listed in its prospectus.

The company sold 175 million American depositary shares for $13.50 each, it said Friday in a statement. The amount raised makes Lufax’s offering one of the biggest IPOs by a Chinese company in the U.S. this year.

The IPO coincides with a week of significant volatility. The S&P 500 Index suffered its worst rout in four months Wednesday amid worries about the economic hit of the pandemic. U.S. stocks bounced back Thursday, with investors encouraged by better-than-forecast economic data. The S&P 500 gained 1.2%, the most since Oct. 12.

Lufax is going public at the same time as fintech behemoth Ant Group Co., which is set to raise $34.5 billion in listings in Shanghai and Hong Kong, making it the world’s biggest IPO on record.

Lufax, which was once among China’s largest peer-to-peer (P2P) lenders, has morphed into a financial giant offering wealth management and retail lending services. At $13.50 a share, the offering values the company at $33 billion based on the outstanding shares listed in its prospectus.

Chinese authorities launched a sweeping crackdown on the unruly P2P sector three years ago, forcing the company to transform its business. Assets under management dropped by 6.1% in 2019 reflecting “asset portfolio adjustment and restrictions on consumer finance products,” Ping An said in February. Wealth management transaction volumes fell by almost 30%.

The company plans to use the funds from the IPO for purposes that may include investment in product development, sales and marketing activities, technology infrastructure, acquisitions or investments, according to the prospectus.