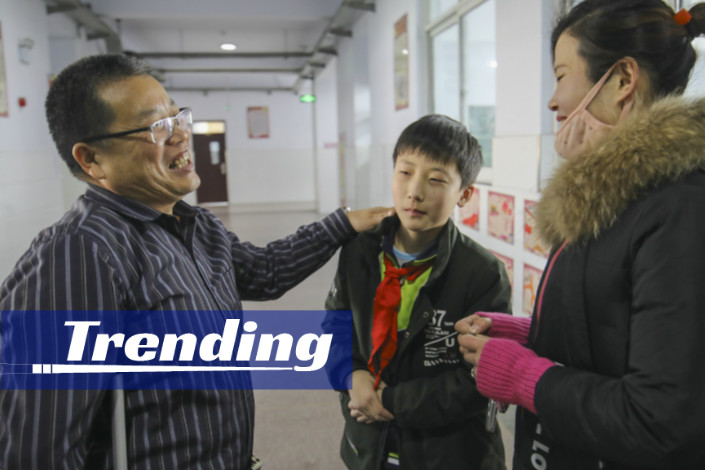 The long-standing issue around the relationship between parents, teachers and children at Chinese kindergartens and primary schools has burst onto social media with the hashtag #Are WeChat groups between teachers and parents necessary (#家长群有必要存在吗). The topic was given a boost after a video of a father roasting such a group was posted online and started to trend.

A father from Jiangsu province posted a short video online, saying that his child's class adviser had asked parents to correct their children’s homework and tutor them accordingly, effectively asking parents to do the work of the teacher, as far as he was concerned. At the end of the video he posed the question, "I teach the children, I correct the homework, and then I have to say in the WeChat group that I appreciate teacher's hard work. But who is the one working hard?"

Teacher-parent WeChat groups are popular across China and originally were set up to facilitate communication between parents and teachers, but more recently they have taken on the reputation of being "flattering groups" in which parents try and curry favor with teachers or become sites of petty quarrels and fights.

Following the trending video China’s state broadcaster, CCTV News, investigated the issue of parent-teacher WeChat groups and found one example of a class teacher directly criticizing parents for not correctly overseeing their children's homework in a group. The news report also cited the example of a school WeChat group in Zhejiang where a class adviser required parents to “voluntarily” clean the school before an education bureau's sanitation inspection. The school adviser then accused parents in the group who did not participate in cleaning the school of disrespecting the class and teachers.

To address the problems associated with these WeChat groups, some schools have introduced rules on what can and cannot be posted in them. For example, some schools now say individual pupils cannot be talked about in the groups, and only school announcements and class notices should be posted in the groups. Some schools have also directly addressed the issues raised in the trending video forbidding parents from being asked to correct homework.

The trending video has resonated with many online. One popular comment read: “It's really ridiculous — correcting homework is no longer the teacher's obligation but parent's duty. Not correcting homework even means paying less attention to children… Will parents, instead of the teacher, tutor children in the future?”

Some people questioned the necessity of those WeChat groups altogether. “How did teachers work when there was no WeChat?” another popular comment asked.