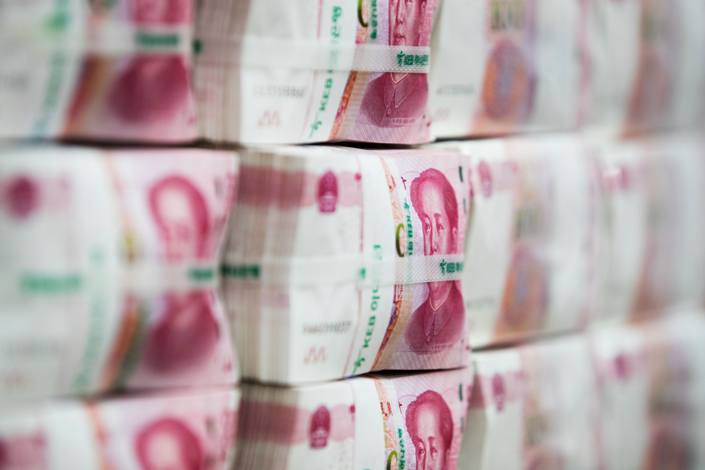 The offshore yuan climbed as much as 0.9% in late trading Wednesday to 6.6202 per dollar, its strongest level since July 2018.

(Bloomberg) — China’s yuan is emerging as one of the most sensitive assets to the outcome of the U.S. presidential elections.

The offshore yuan climbed as much as 0.9% in late trading Wednesday to 6.6202 per dollar, its strongest level since July 2018, after earlier falling as much as 1.4%. That was the biggest intraday swing since the day after Beijing devalued the currency in August 2015. The currency’s one-week implied volatility — a proxy for market risk —fell from a record high, while traders reduced their hedges against yuan weakness.

The yuan, also known as the renminbi, is particularly sensitive to the election outcome given that analysts view a Biden administration as potentially more moderate — or at least more predictable — toward China in the trade war. The Democrat won Michigan and Wisconsin Wednesday, putting him on the brink of taking the White House from President Donald Trump.

“Now, the market will focus back on fundamentals, and the fundamentals for the renminbi are very strong,” said Dariusz Kowalczyk, senior emerging-markets strategist at Credit Agricole CIB, citing capital inflows and China’s economic recovery as key supportive factors. “As soon as the election is called for Biden, and as soon as it’s clear that he won, we are going to break 6.6.”

The onshore rate gained as much as 0.25% to 6.6381 per dollar on Thursday, the strongest level since July 2018, then erased the advance. The People’s Bank of China earlier issued a reference rate that was slightly weaker than traders and analysts had expected. China’s currency is one of the best performers in Asia in the past six months, with the offshore rate rallying more than 7% against the greenback.

In stocks, Hong Kong’s benchmark Hang Seng Index rose as much as 2.8% to a two-month high, with Tencent Holdings Ltd. and Alibaba Group Holding Ltd. rebounding at least 4.1% to be among the best performers. The Hang Seng Tech Index jumped as much as 4.9%, tracking a surge in the Nasdaq overnight. China’s CSI 300 Index added 1.5%, on pace for its strongest close in five years.

Also helping stocks is the expectation that the suspension of Ant Group Co. Ltd.’s initial public offering will unlock funds that had been earmarked to buy the shares.

“Stocks are happy today as there’ll likely be incremental flows coming into the market after Ant’s subscription funds are returned to investors,” said Yin Ming, vice president of Shanghai-based Baptized Capital Co Ltd. “The market is also pricing in the expectation of a possible Biden win, which should be positive to Asian markets because his China policies will likely be more predictable.”

Authorities appear comfortable with the pace of gains in the yuan, taking more steps to loosen their grip on the currency than at any time since curbs were imposed in the aftermath of the devaluation.

The offshore yuan’s 12-month forward points — instruments used as protection for depreciation in the currency — briefly slid to a one-month low on Thursday. The yuan’s three-month risk reversal fell the most since July on Wednesday.