Opinion: The Do’s and Don’ts of Preventing Ideological Rivalry 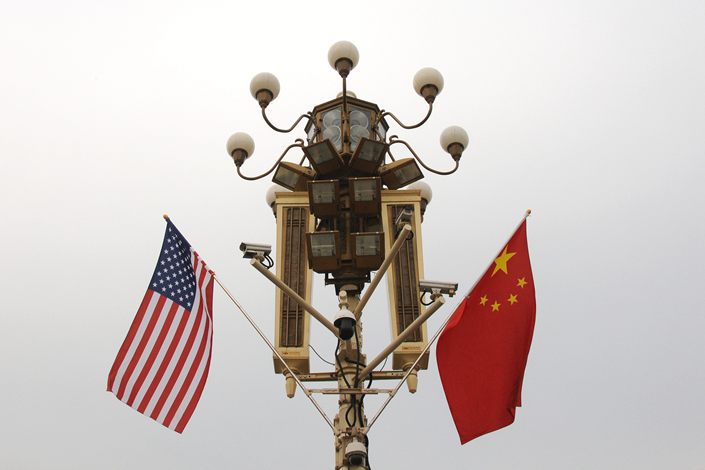 Deng Xiaoping once suggested: “Don’t criticize others or accuse others casually; don’t speak too much; don’t do too much.”

Yan Xuetong is the distinguished professor and dean of the Institute of International Relations at Tsinghua University in Beijing. This article is the second part of a commentary originally published by the Quarterly Journal of International Politics in October. Read the first part here.

Do not engage in ideological rivalry with any country

There are currently more than 200 political entities in the world, and very few have ideologies and political systems similar to China’s. Under these circumstances, avoiding ideological rivalry will be more beneficial than harmful to China.

Since the U.S. is deliberately provoking ideological rivalry, it will inevitably point its finger at China’s internal affairs. Faced with the reality that a large number of countries in the world adopt ideologies and political systems similar to those of the United States, China should maintain its current practice of not responding or otherwise dancing to the U.S.’ tune in the current China-U.S. ideological conflict, for the sake of undermining the United States’ effort to make an anti-China coalition under the excuse of ideological differences. In ideological conflicts with other countries, China needs to adopt an inclusive strategy, and take the initiative to resolve any differences and conflicts.

Do not criticize other countries’ ideologies or political systems

In response to the ideological differences between China and the Soviet Union, Deng Xiaoping once suggested: “Don’t criticize others or accuse others casually; don’t speak too much; don’t do too much.” This lesson is also applicable to all countries that engage in ideological conflict with China.

In response to American ideological provocation, the Chinese government stated: “It is both unnecessary and impossible for each side to change the other. Instead, we should respect the independent choices made by the other party.” Since the U.S. is not able change China, China should not worry about the U.S.’s ideological attacks. Meanwhile, China has no intention to change the U.S., so there is no need to criticize the U.S. on human rights or its domestic policies.

This approach can also be applied to other countries that have ideological differences with China. Thus, we can make it so the ideological provocations of others amount to nothing, simply by not responding.

China has always advocated: “All countries and the people of all countries should enjoy dignity. The sovereignty and dignity of all countries, whether big or small, strong or weak, rich or poor, must be respected; their internal affairs must allow no interference; and they have the right to independently choose their social system and development path. As the old saying goes, you can’t know if the shoes fit until you put them on. Only the people of a country can comment on whether their country’s development path is appropriate or not.”

The white paper China’s Peaceful Development, published in 2011, stated: “Dialogues and exchanges among civilizations should be encouraged to do away with ideological prejudice and distrust, and make human society more harmonious and the world more colorful.”

Human thinking is very diverse, and it is impossible to eliminate ideological differences between countries. Therefore, in order to prevent ideological differences from negatively affecting China’s foreign relations, related governmental departments should strictly implement the principle of avoiding ideological rivalry, and establish institutional confidence based on the logic that only our system is suitable for China’s development.

In other words, we firmly believe that the Chinese system can bring progress to China, but we do not assume that foreign systems are inferior. In order to strengthen friendly relations between China and other countries, we must respect the different political systems of other countries and restrain the arrogant mentality that demeans their political systems. The cultural tradition of self-confidence in China is “not to reach out to teach, but also not to reject the one who comes to learn,” which means that we do not try to export our ideology or political system, but we also do not hide them from those who want to learn from us.

Government departments must firmly implement the central government’s policy of avoiding both ideological rivalry and the export of political systems, which can differentiate China’s stance on ideological differences from that of the U.S., while at the same time effectively avoiding a new cold war.