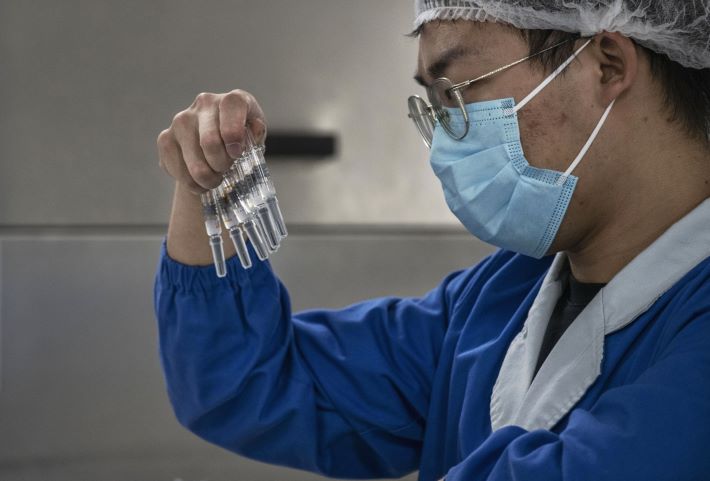 (Bloomberg) — The final-stage trial of a Chinese frontrunner vaccine candidate has been halted in Brazil due to a serious adverse event, the first time that any of the Asian nation’s rapidly developed Covid-19 shots have met with such a setback.

Testing of Sinovac Biotech Ltd.’s vaccine, called Coronavac, has been halted in Brazil after an event that occurred on Oct. 29, said the Brazil Health Agency on Tuesday, without giving any further detail on what happened. The study is interrupted in accordance with regulations while the agency analyzes if the study should continue, it said.

Sao Paulo’s Instituto Butantan, which partnered with Sinovac to produce the vaccine locally, said in a statement it was surprised by the decision and is looking into details of what happened in the study. Director Dimas Covas said in a TV interview that one volunteer in the trial has died, but that the death is not related to the vaccine.

Sinovac’s company representative did not immediately respond to a request for comment.

Halts to investigate serious adverse events are not uncommon in large-scale drug trials and two western developers — AstraZeneca Plc and Johnson & Johnson — have paused their vaccine trials in recent months due to such incidents, only to re-start them after investigation.

But China has already started administering its vaccines, including Coronavac, to hundreds of thousands of people under an expansive emergency use approval, making the prospect of a safety issue being detected at this stage more concerning.

Last month, China’s science ministry said its companies have inoculated about 60,000 volunteers in final-stage trials, but there have been no reports of serious adverse events.

Chinese vaccine developers have been at the forefront of the global race to create an effective immunization against the virus. The push has taken on vital importance as countries look to move beyond Covid-19 and more definitively re-open their economies. Vaccine development processes that usually take years have been compressed into months by global players, encouraged by politicians wanting a quick fix to the pandemic that has sickened more than 50 million.

The Chinese setback comes as Pfizer Inc. and BioNTech SE released early findings showing that a vaccine they are developing prevented more than 90% of symptomatic infections in the trial of tens of thousands of volunteers, boosting hope for a quick neutralization of Covid-19.