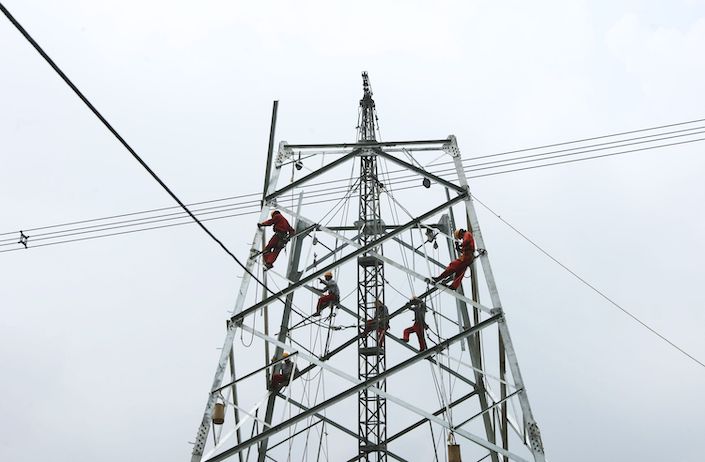 (Bloomberg) — State Grid Corp. of China will pay 2.57 billion euros ($3 billion) for an electricity network company in Chile, the state-owned utility company’s first overseas deal in almost a year and a move that resumes its expansion abroad.

The Spanish natural gas and power company Naturgy Energy Group SA said it agreed to sell its 96% stake in Chilean electricity networks unit Compania General de Electricidad SA. The deal will give the Chilean assets an enterprise value of 4.3 billion euros and Naturgy a gain of 400 million euros.

Chinese energy companies have strengthened their presence in Latin America in the past few years with a wave of investments that extend to logistics, services and telecommunications companies. For State Grid, the world’s largest utility, it’s part of an effort to give the company a broader footprint outside China and access to natural resources in a region traditionally under U.S. commercial influence.

Utilities in China in recent years have followed the trail that the nation’s oil companies opened in the early 2000s, when the likes of Sinopec, CNPC and Cnooc Ltd. started acquiring assets in Latin America. In the 2010s, power companies started entering the region, most notably with transmission and generation activities in Brazil.

State Grid’s investments in Brazil total $12.4 billion, or 60% of the company’s investments outside China, a company official said last year.

Naturgy Chairman Francisco Reynes has been under pressure from shareholders to deliver steady returns to the utility’s three largest investors — Criteria Caixa SA, Global Infrastructure Partners and CVC Capital Partners — which together control about 65% of the company. Shares of Naturgy jumped as much as 6.5% to their highest level since March.

It’s the latest Spanish company to seek to cut exposure to Latin America to avoid suffering the impact of volatile economies and fluctuating exchange rates.

The divestment of Chilean assets would mark a U-turn for Naturgy, which agreed to acquire local utility Compania General de Electricidad SA for 2.6 billion euros in 2014, as it sought to increase its presence across the region. Naturgy also has operations in Brazil, Argentina and Peru, according to its website.