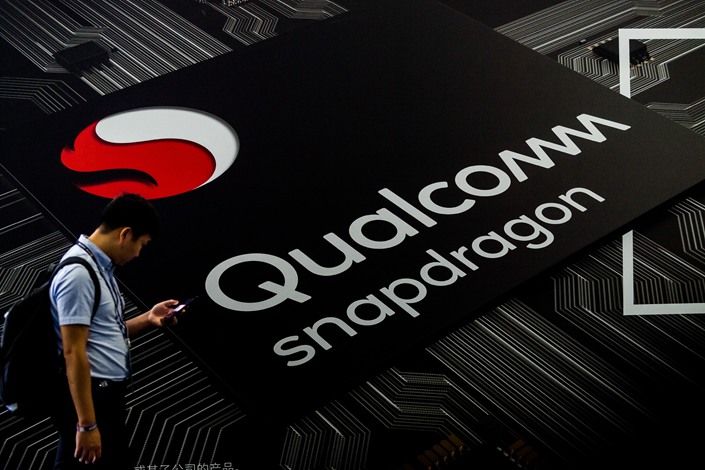 The latest to receive such a nod was telecoms chip giant Qualcomm, which confirmed to Caixin that the U.S. has approved the sale of some of its products to Huawei, including some involving 4G technology. The move follows the granting of similar limited permission to the likes of U.S. chipmaker Xilinx, which received a license last year, and Intel and AMD, which were granted licenses in September.

But the green light from Washington is only so useful for Huawei, since it is still blocked from access to critical technology used in state-of-the-art 5G phones and networking equipment. As a result, the company — once the world’s largest smartphone maker — has rapidly retreated from the global smartphone market and suffered a 22% decline in sales in the third quarter, according to IDC.

“It is good news for Huawei and China, but not helpful to Huawei immediately since those 4G chipset models are not what Huawei needs now,” said Jefferies analyst Edison Lee.

Huawei has spent much of the last two years being slowly starved of the key components it needs to make its leading-edge smartphones and telecoms networking equipment, under a highly coordinated Washington-led campaign. But since first banning all U.S. companies from selling to Huawei without a special license last year, Washington has been slowly allowing such sales for non-5G technologies.

Lee said that the latest Qualcomm move could pave the way for Huawei to return to the global smartphone market as soon as late next year.