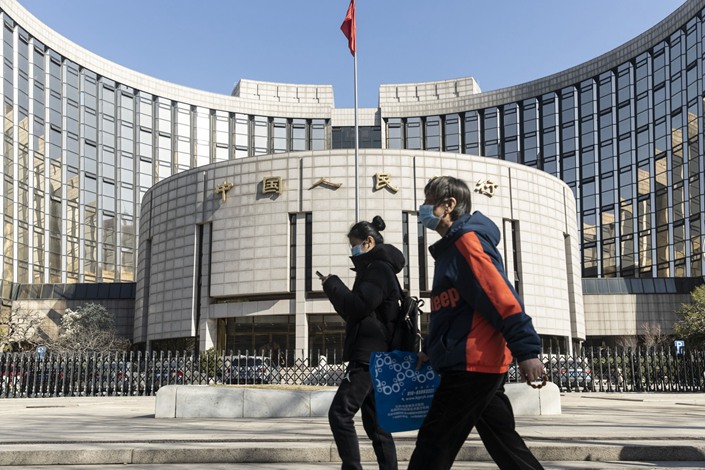 (Bloomberg) — The credit default shock waves rippling through China are hurting demand for sovereign bonds, with market watchers seeing the slide lasting the rest of 2020.

China’s 10-year government notes are set to drop for a seventh month in November, on track for the longest retreat since 2007. The decline has pushed the benchmark yield to 3.31%, set for the highest since May 2019. A technical indicator suggests the bonds are facing the worst selling pressure in a year.

Behind the sour sentiment are worries that Beijing will tighten its monetary policy amid the economic recovery, even though lenders are challenged by a series of recent corporate bond defaults and a $900 billion funding shortage over the last two months of this year. The central bank’s 200 billion yuan ($30.5 billion) net cash injection on Monday failed to dispel concern over scarcer funding supply. An indicator of trader expectations for money market rates is at a 10-month high.

“The yield will keep rising and it will be very hard for us to see a turn toward a lower rate this year,” said Qi Sheng, a fixed-income analyst at Founder Securities Co. Ltd. in Beijing. “The demand for government bonds is quite weak, as corporate defaults are forcing financial institutions to hoard cash to deal with their clients’ redemptions of funds.”

The defaults on Monday of a top chipmaker and a car manufacturer have triggered worries over the credit conditions of state-owned firms and their lenders. That can prompt financial institutions to sell the most liquid government bonds for funding, as their clients step up redeeming investments in corporate bonds.

Adding to the stress, demand for cash will climb as banks need to repay at least 3.7 trillion yuan of short-term interbank debt and devote another 1 trillion yuan to buy newly issued government bonds by the end of 2020. They also have to navigate maturing policy loans.

The People’s Bank of China has taken a measured approach to monetary loosening this year, avoiding aggressive and broad stimulus deployed by the U.S. and Europe. Earlier this month, the authorities once again raised the topic of exiting their easing policies when PBOC Vice Governor Liu Guoqiang said such a move “is a matter of time and it is also necessary.”

The 14-day relative strength index on the Chinese government bond yield hit 76.6. A reading above 70 signals to some traders the securities are oversold and could see a reversal soon. In July, the yield tumbled about 20 basis points in the two weeks after the gauge breached this level.

Back then however, banks weren’t challenged by tight liquidity or credit risks, and investors were a lot less worried about the PBOC’s next move.

“This confusion about the monetary policy stance may continue to weigh on market sentiment” even though the current sovereign bond yield is attractive, said Tommy Xie, an economist at Overseas Chinese Banking Corp.

China is also looking to a euro-denominated bond sale that stands to benefit from ultra-low borrowing costs in Europe.