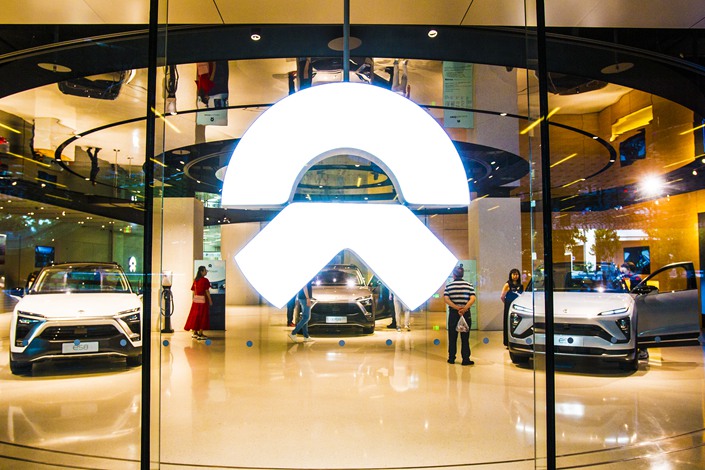 During the three months through September, the New York-listed Telsa challenger narrowed its net loss by 53.5% year-on-year to 1.2 billion yuan ($175 million), according to its latest earnings report released Tuesday.

The improved financials could be largely attributed to a big increase in its vehicle sales for the quarter, as Nio delivered 12,206 electric cars, sharply up from 4,799 units in the same period of last year.

Nio predicted that it will deliver 16,500 to 17,000 vehicles in this year’s final quarter with quarterly total revenue likely to reach between 6.3 billion yuan and 6.4 billion yuan as it plans to add production capacity on strong demand.

While its losses shrank, Nio slashed spending on research and development, which decreased by 42.3% year-on-year to 590.8 million yuan in the third quarter. That was in sharp contrast to its two major domestic peers, Xpeng and Li Auto, which logged respective year-on-year R&D spending increases of 46.1% and 66.1% for the same period.