U.S. Clears Boeing Max to Resume Flights as China and Others Hold Off 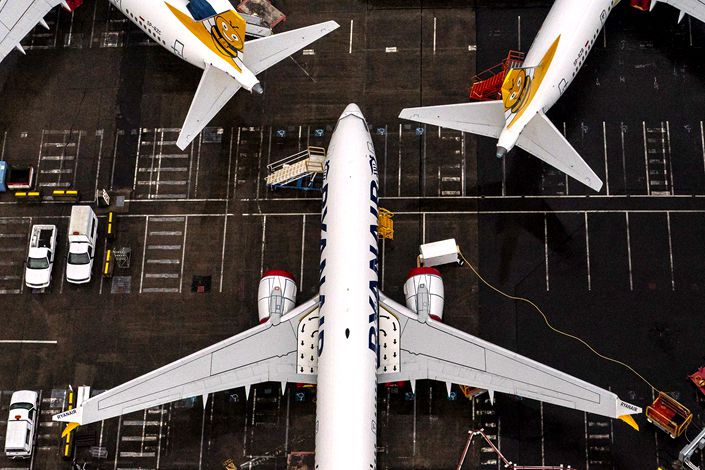 (Bloomberg) — Boeing Co.’s 737 Max can safely return to the skies in the U.S. with an extensive package of fixes, after a scarring 20-month hiatus prompted by a pair of fatal crashes.

The actions, announced Wednesday by the U.S. Federal Aviation Administration, closed out the longest grounding of a jetliner in U.S. history and set the stage for other regulators to clear the Max, which would allow airlines worldwide to resume passenger service with the plane.

The FAA decision is a dramatic turning point for Boeing after more than two years of bad news surrounding its best-selling model. But the aircraft’s return won’t mean an immediate end to the controversy or a cash infusion for the company’s suffering bottom line.

A criminal probe by the U.S. Justice Department continues. Frayed relations with the FAA threaten to result in fines or other penalties and the Securities and Exchange Commission also has an open investigation. Meanwhile, the Covid-19 pandemic has crushed the airline industry, prompting airlines to cancel orders for the Max and thwarting Boeing’s plans to quickly reverse its losses.

“It’s Boeing’s most important program and the United States’ most important manufactured product, but you couldn’t ask for a worse market right now,” Richard Aboulafia, aerospace analyst with Teal Group, said before the FAA’s move. “It’s not a question of opening the floodgates and watching the cash pour in the way it would’ve been a year ago.”

Boeing rose less than 1% to $211.64 at 1:16 p.m. in New York following the news, which had been expected for weeks. Through Tuesday, the shares had lost 50% of their value since the March 10, 2019 crash of an Ethiopian Airlines Group flight that triggered the global grounding of the 737 Max.

FAA Administrator Steve Dickson said the plane that had roiled the reputations of the industry and his agency is now “the most heavily scrutinized airplane in transport aircraft history.” The accidents forced the FAA to “reset” its relationship with Boeing and to collaborate more closely with other nations, he said.

“The end result is that I’m fully confident the airplane is safe and I’d put my own family on it. I’d fly it myself,” Dickson said in an interview. The former airline executive and pilot flew a Max on Sept. 30.

Boeing CEO David Calhoun, who took control of the company during the Max crisis, said the company has learned “hard lessons” from the crashes and grounding.

“We will never forget the 346 victims,” Calhoun told employees Wednesday morning. “We will honor them by holding close the hard lessons learned from this chapter in our history to ensure accidents like these never happen again.”

The FAA is requiring repairs to a safety system that went haywire in the two crashes and multiple other flaws discovered during months of reviews. It also mandated new pilot training for the Max, focusing on issues that arose in the accidents.

The actions are unlikely to quell controversy surrounding the plane. Family members of those killed in an Ethiopian Airlines crash on March 10, 2019, some of whom have said the jet should never fly again, “reacted with sheer disappointment and renewed grief,” according to an emailed statement.

The Max’s comeback will be gradual. It won’t be widely flown for several months as airlines must first train pilots, inspect jets emerging from long desert sojourns and complete the FAA-mandated repairs. Of the U.S. operators, only American Airlines Group Inc. has put the Max jets back into its schedule, with flights starting Dec. 29 on a lone round trip: Miami to New York.

In all, there are 72 of the planes in the U.S. and another 315 at airlines in the rest of the world. About 450 additional Max jets were built by Boeing but haven’t been delivered, amounting to billions of dollars in inventory that the company will soon be able to start turning into cash.

The European Aviation Safety Agency has said that it is satisfied with the FAA-led review of the Max and is prepared to lift its ban soon. Canada and Brazil, which are also among the world’s leaders in aircraft certification, are also expected to take similar actions. At the insistence of EASA and Canada, Boeing is also working on longer-term fixes to improve the plane’s safety.

However, China, the first country to ground the jet and the main driver of growth in the industry, hasn’t given a clear timetable for its return. On Oct. 22 Feng Zhenglin, director of the Civil Aviation Administration of China, said that before the 737 Max can return to service in China, Boeing must demonstrate that the modifications are safe and reliable.

In addition, he said Boeing must satisfy several principles. Those include that: the planes must be approved as airworthy following the changes; pilots must receive necessary training; results from investigations into the cause of the two crashes must be made clear; and changes must be shown to be effective, among others.

Chinese airlines currently own 97 of the grounded aircraft, with China Southern Airlines the biggest single operator with 24.

The impact of the grounding has spread far beyond Boeing and is continuing.

The FAA, seen before the crashes as the preeminent aviation regulator, came under heavy criticism by other nations and Congress for its approval of the Max design. As a result of that and other reviews, the agency is in the process of adding layers of new oversight and requirements on planemakers it oversees, such as more thorough assessments of how pilots react during emergencies.

Caixin contributed to this report