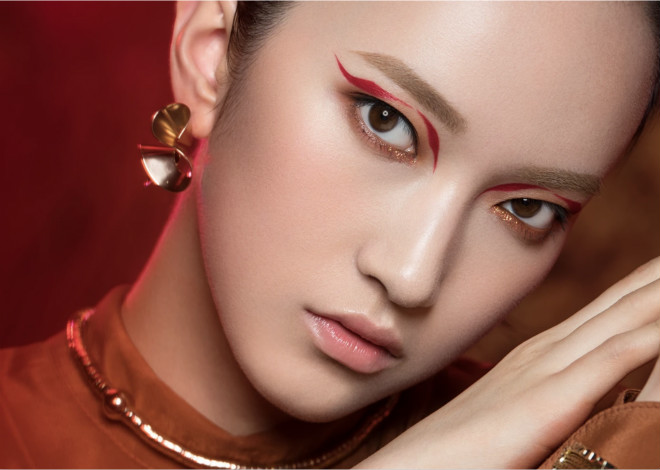 Chinese cosmetics company Yatsen Holding Ltd. rose 75% in its trading debut after raising $617 million in a U.S. initial public offering priced at the top of a marketed range.

The company behind the fast-growing Perfect Diary brand sold 58.75 million American depositary shares on for $10.50 each. The shares closed at $18.40 Thursday in New York trading, giving the company a market value of $7.82 billion.

The IPO comes as U.S. regulators push ahead with a plan that could lead to the delisting of Chinese companies from the country’s stock exchanges if they don’t comply with regulators’ auditing rules. The move is an escalation of an issue that has been unresolved for more than a decade.

Started in 2016, Yatsen’s founders named the company after their alma mater, which commemorates China’s first president Sun Yatsen, according to its prospectus. The company has launched three cosmetics and skincare brands: Perfect Diary, Little Ondine and Abby’s Choice. The three brands served 23.5 million customers in the nine months ended Sept. 30, the prospectus shows. About 91% of gross sales in that period were generated through online channels such as WeChat and Tmall, the prospectus shows. Yatsen also has a network of more than 200 offline retail stores.

Yatsen swung to a net loss of 1.2 billion yuan ($170.4 million) in the first nine months of 2020 from net income of 29.1 million yuan a year earlier. Its revenues increased to 3.27 billion yuan from 1.89 billion yuan over the same period. The coronavirus pandemic affected its business in the earlier part of the year as China went into lockdown, causing store closures and slower-than-expected growth in online sales volume.

A number of investors had indicated an interest buying as much as $300 million in the IPO, Yatsen said in the prospectus. They include existing shareholders Hillhouse Capital and Tiger Global as well as new investors including a unit of Tencent Holdings Ltd.

Yatsen plans to acquire a skincare brand soon, founder and Chief Executive Officer David Huang said in a phone interview without sharing further details. The cosmetic manufacturer announced in October that it has bought skincare brand Galenic from French group Pierre Fabre for an undisclosed sum.

The company plans to use the proceeds from the IPO for business operations, potential strategic investments and acquisitions, development of data analytics technology, product development and offline store network expansion. One ADS represents 4 ordinary shares.

The offering was led by Goldman Sachs Group Inc., Morgan Stanley and China International Capital Corp. Yatsen’s shares are trading on the New York Stock Exchange under the symbol YSG.

This article was originally published by Bloomberg Mercury