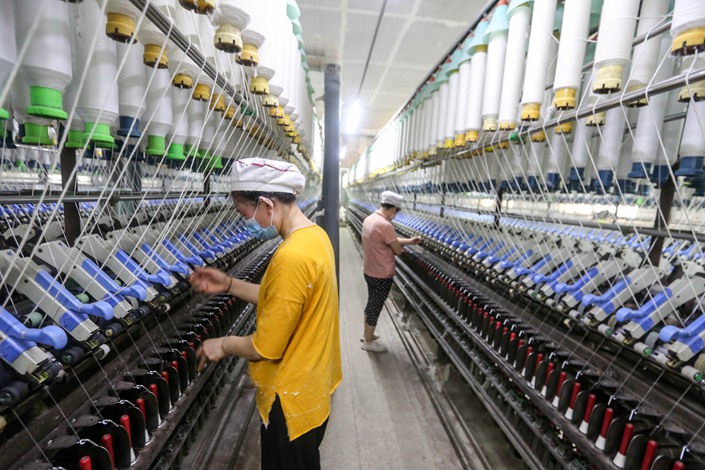 RCEP is a comprehensive agreement. Its legal text has 20 chapters, covering market access for trade in goods, trade in services and investment as well as rules for trade facilitation, intellectual property, e-commerce, competition policy, and government procurement.

We expect RCEP to promote trade within the region and boost China’s GDP, and expect textile, apparel, and light industries to benefit the most. Over 90% of the goods traded will be tariff-free, and the agreement added the first free-trade deals between China and Japan and between Japan and South Korea.

We think the RCEP has strong strategic significance for China. Despite the withdrawal of India, the 15 member countries of the RCEP account for about 30% of the world’s population and 30% of global GDP, making it the largest free-trade zone in the world.

Under the RCEP framework, the trade tariffs between China and Japan may sharply drop, and China and South Korea may further facilitate trade in key areas.

We think it is increasingly important for China to strengthen commercial ties and technological cooperation with other Asian countries.

The RCEP will effectively increase trade between member countries, boost regional economy and competitiveness in our opinion.

“We expect RCEP to promote trade within the region and boost China’s GDP, and expect textile, apparel, and light industries to benefit the most.”

Both RCEP and the Comprehensive and Progressive Agreement for Trans-Pacific Partnership (CPTPP) are regional free-trade agreements, and they partially overlap in regional coverage and member countries. For example, seven countries including Japan and Australia are members of both agreements.

However, the CPTPP has stricter standards for joining in many fields other than trade. We think the signing of the RCEP will lay a solid foundation for China to join more and higher-standard free-trade agreements and promote the new “dual circulation” development pattern.

For an export-oriented industry such as textile and apparel, a unified free trade zone helps the local area to form a supply chain and value chain based on comparative advantages. It will be conducive to the flow of goods, technology, services, capitals, and cross-border movement of people.

A typical textile and apparel value chain is that China imports wool from Australia and New Zealand, and then weaves it into fabric for export to Vietnam, Vietnam completes garment weaving and exports to Japan and South Korea. After the free trade agreement comes into effect, tariffs on the above links are expected to be reduced or exempted.

As they step into a steady overseas capacity expansion early on, textile and apparel companies with global production capacity and customer connections are expected to give full play to their competitive advantages.

Going global is an important opportunities for China’s home appliance sector in the next three to five years. This trend is quite similar to the Japanese brand going global in 1980s to 1990s and the Korean brands expansion in 2000s.

Thanks to digital transformation, we think that China’s home-appliance sector has gained global competitiveness in production efficiency, products innovation. For instance, China’s robovac products are more intelligent than competitors.

The rapid development of cross-border e-commerce is also facilitating the global expansion of Chinese brands, as well as breaking the original brand pattern in overseas offline markets.

RCEP will make it the largest free-trade agreement in the world. The reduction of internal tariffs will help China's home appliance exports in the long term, but the short-term impact will be small.

At present, China’s home appliance sector’s export is growing rapidly. The signing of RCEP represents that China is still in a relaxed and stable international environment, which is the market environment most needed by Chinese home appliance brands to go global.