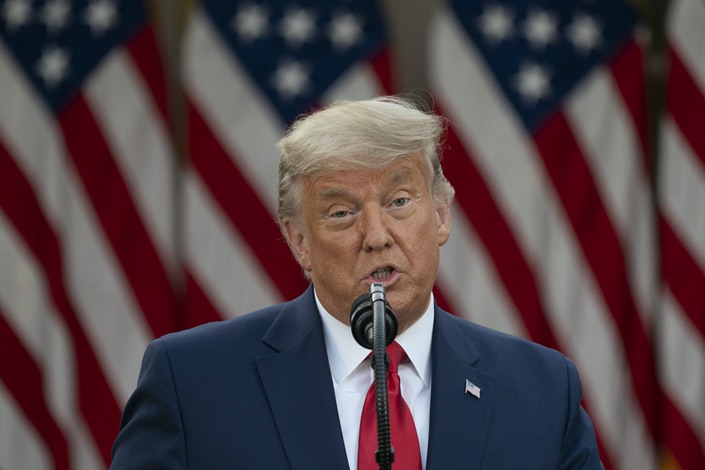 (Bloomberg) — U.S. President Donald Trump was expected to participate in the Asia-Pacific’s largest summit, even as most of the region’s leaders expressed hope for a return to a more multilateral approach when he’s out of office.

Trump will join virtual meetings for Asia-Pacific Economic Cooperation forum later Friday, making a rare appearance since his defeat to Democrat Joe Biden in the 2020 election this month. The U.S. president was scheduled to attend the Economic Leaders meeting hosted by Malaysian Prime Minister Muhyiddin Yassin, a portion of the summit that isn’t usually open to the public.

Trump’s participation in the APEC summit would be his first since 2017, the only other time he has addressed the gathering of leaders from a region increasing central to U.S. economic and security interests. The president has refused to concede to Biden and has been preoccupied with his team’s largely fruitless legal challenges designed to overturn his defeat.

Earlier Friday, prime ministers Yoshihide Suga of Japan and Jacinda Ardern of New Zealand urged greater cooperation to address the world’s pressing concerns, something Biden has promised to emphasize. Ardern, who will host next year’s APEC gatherings, called for urgent action to speed the economic recovery from the pandemic and stem the impact of climate change.

Yongwook Ryu, an assistant professor of East Asian and APAC international relations at the National University of Singapore’s Lee Kuan Yew School of Public Policy, said Trump’s appearance would be “more symbolic than substantial,” given his lack of interest in multilateral institutions.

“It will be very difficult for the other APEC leaders to take seriously what Trump might say at the meeting, but they will shy away from commenting on U.S. domestic politics,” Ryu said. “Trump wants to show he is still the president and the commander in charge, and send out a message that he did not lose the election. As such, it carries more weight for a U.S. domestic political purpose than any substantial meaning for regional or global trade.”

This year’s APEC summit was held virtually due to the coronavirus pandemic, after last year’s was canceled because of unrest in the host city of Santiago, Chile. In 2018, Chinese President Xi Jinping and U.S. Vice President Mike Pence traded barbs in back-to-back speeches in Papua New Guinea, a confrontation that prevented the forum from issuing a joint statement for the first time.

China has seized on Trump’s lack of attention to Asia during the past four years, with Xi making annual appearances at APEC. On Thursday, Chinese President Xi Jinping pledged not to participate in the economic “decoupling” advocated by some in Washington and touted the completion of the world’s largest trade pact — the Regional Comprehensive Partnership Agreement — on the sidelines of a separate summit of Southeast Asian nations earlier this week.

In an appeal that touched on several themes central to his own domestic agenda, Xi called on business leaders in Asia-Pacific to step up and show “broader vision, greater resilience and stronger entrepreneurship.” He urged them make the region a “pacesetter for innovation” and to “actively fulfill” their social responsibilities. Xi’s speech made no mention of the U.S. and offered passing allusions to mounting protectionism and unilateralism.

Canadian Prime Minister Justin Trudeau on Thursday called for an international pushback against what he called China’s “more aggressive, coercive diplomacy.” Ottawa has been involved in a two-year diplomatic spat with Beijing over extradition proceedings against a top Huawei Technologies Co. Ltd. executive in Canada and China’s subsequent prosecution of two Canadians on national security charges.

“We need to work together as a world to say not only is it not in the world’s interest — it’s actually not in China’s interest — to continue to behave in a way that’s trying to use its weight to get its way,” Trudeau said during an interview on the sidelines of the APEC summit.