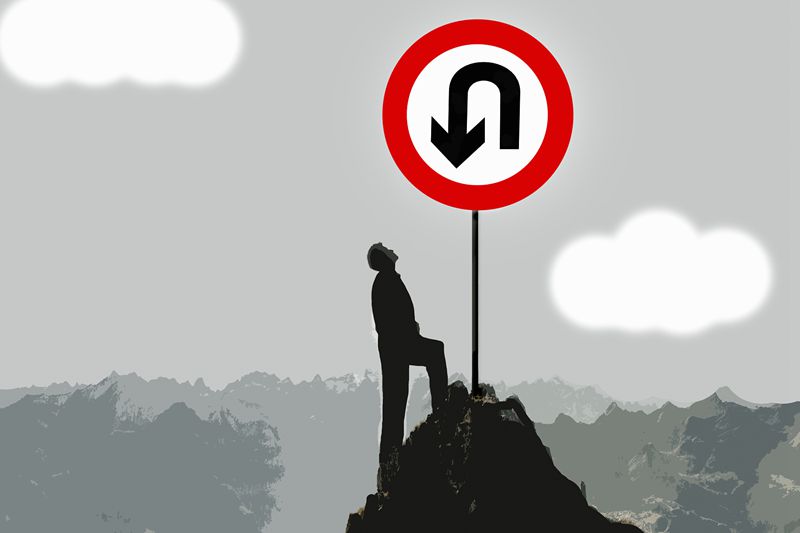 Wang Xiaoqing is a freelance writer based in Silicon Valley.

Editor’s note: The names of the Chinese people mentioned in this story are pseudonyms.

By their own choice or otherwise, many Chinese professionals in Silicon Valley are choosing to return to China for their careers. Under the turmoil of the pandemic, peopel who used to have a clear career path in the United States have turned around and headed home.

With the outbreak of the pandemic, tech giants in Silicon Valley such as Google, Apple, Facebook, and Twitter have issued orders that allow employees to work from home long-term.

In a survey by workplace forum Blind, 66% of the 4,400 people polled said they would “consider leaving Silicon Valley” if they could work remotely, and some have even been secretly “working from China.” For video meetings at night in the U.S., they close their curtains for video meetings. They work all night and sleep during the day.

Given the pandemic and the deterioration of Sino-U.S. relations, other Chinese engineers in Silicon Valley have simply decided to abandon everything in the U.S. and come home.

The decision to return to China was not sudden or forced for Liu Yang. He a typical Chinese programmer in Silicon Valley: he graduated from a prestigious university in China, went to the U.S. for further study, and stayed to work. After finishing his postgraduate studies in China in 2014, Liu hoped to go abroad to learn something more before returning home. After completing his doctoral studies in the U.S. in electrical engineering, he put what he learned into practice at the best microchip companies.

It is difficult to identify the incident that led to Liu’s decision to return to China. There was the pandemic — with the number of cases growing at a seemingly ever-expanding rate. Trump’s rhetoric about the “Chinese virus” triggered anti-Chinese sentiment and even several crimes against Chinese-Americans.

The turmoil and division of American society got amplified during the pandemic. In mid-June, Liu’s car was blocked by a Black Lives Matter demonstration on the highway. Shootings of African-Americans by white police officers triggered protests and riots around the U.S. One night, Liu heard gunshots not far from his home. What made Liu more uncomfortable was that a considerable number of Americans agreed with Trump’s attitude about China.

Around the beginning of the pandemic, Liu was jogging on his block at night, and noticed two neighbors greet each other warmly from the opposite sides of the street. When he approached, however, one subconsciously pulled up his collar and covered his mouth and nose, and Liu was shocked. Practicing social distancing, Liu deliberately stayed a few steps away, but the neighbor still reacted differently to Liu. “Is it because I am Chinese with yellow skin and black hair?” he asked himself.

Liu didn’t encounter much prejudice with his colleagues and friends, but the encounter with his neighbors bothered him.

Before the presidential election earlier this month, Liu figured the anti-China sentiment wouldn’t abate, regardless of who won. He was also influenced by factors closer to home. For example, it was impossible for him to afford a home in Silicon Valley. It was also hard for him to find a girlfriend because of how much men outnumbered women there. His parents were also getting older and might soon need his help. He figured he would return to China sooner or later, so what was he waiting for?

China had already gotten its coronavirus outbreak under control and its chip industry was thriving, so Liu told himself that it was time to go back.

Left without a choice

Other people didn’t have a choice. Like Liu, Xu Jie also has a Ph.D. in electrical engineering. After the pandemic spread in the U.S. in March, many tech firms started laying people off, including, unfortunately, the unicorn where Xu worked as a programmer.

Fortunately, his former boss gave him three months’ advance notice and severance package of three-months’ pay. However, the job market was riddled with firms in the midst of layoffs and hiring freezes. After receiving a rejection letter from a Boston software company, Xu crossed another name off his list of potential employers. He had 50 days left in Silicon Valley.

“I tried my best,” Xu said. He had been willing to compromise on salary, company size and location, but jobs remained very hard to find.

Most Chinese who return home from the U.S. are in the same boat as Xu. They don’t leave because they want to, but because they have to. They no longer have work visas.

Xin Yu still remembers the road trip he and his classmates made across the U.S. just after they graduated. Carrying all their belongings and a cat, they drove for three days and two nights, covering roughly 4,000 kilometers (2,485 miles) from their school in the east to Silicon Valley.

Without that visa, Xin’s American dream would end with a return ticket to China.

The H1B is the visa most commonly obtained by tech workers. There are a limited number, so they are issued through a lottery. The probability of winning varies according to different majors. But before President Trump took office, as long as a foreigner had studied science, technology, engineering or mathematics — the STEM fields — they could usually get a job and an H1B visa.

After Xin graduated, he took three shots at the lottery and lost every one. So he ended up leaving. “It is not easy to settle in a foreign country. One should just fight for what can be achieved through hard work, and let go of what they cannot control,” he said.

On Oct. 7, Xin got a message that made him grateful he had returned to China. According to the latest regulations, the application threshold for the H1B visa had been raised, with tighter requirements on things such as salary and professional experience. Ken Cuccinelli, the acting director of U.S. Citizenship and Immigration Services, said that one-third of applicants would be rejected under the new regulations.

“The increased requirements for H1B applications signify the hostility that this country of immigrants now has toward ordinary immigrants,” said Xin, who believes that it will grow increasingly difficult for foreigners to settle in America.

“So, Shenzhen, a rapidly growing city, is more suitable for young people like us,” he said.

After a tech professional surnamed Sun left the U.S. for China, his roommate told him about the trouble his former landlord was having renting his apartment. His roommate said the landlord lowered the rent from $1,300 to $1,000 a month, but still no one came to see it.

In one of his WeChat groups, Sun sees messages nearly daily from people looking for someone to take over their apartment leases because they are returning to China.

A few months ago, Sun just wanted to return to China for the Lunar New Year. He couldn’t have imagined the trouble he was about to go through. After the spending the holiday in quarantine-like conditions in China, he was ready to return to the U.S. But just as he was about to leave, the U.S. cut off travel from China. So Sun instead went to Germany, hoping to then travel on to the U.S. However, he first had to go through a two-week quarantine. During this time, the pandemic worsened, and the U.S. suspended flights from Europe. Sun had no choice but to return home.

Eight months have since passed. Under U.S. policy, Sun cannot return. Fortunately, his employer allows him to work remotely. Still, he worries that he might be the target of any future layoffs.

This translation has been edited for length and clarity.

Caixin Global publishes a diverse range of opinions as letters to the editor on our blog. We'd like to hear what you are thinking or experiencing around the globe. Please submit your thoughts in publishable format to our email: opinionen@caixin.com