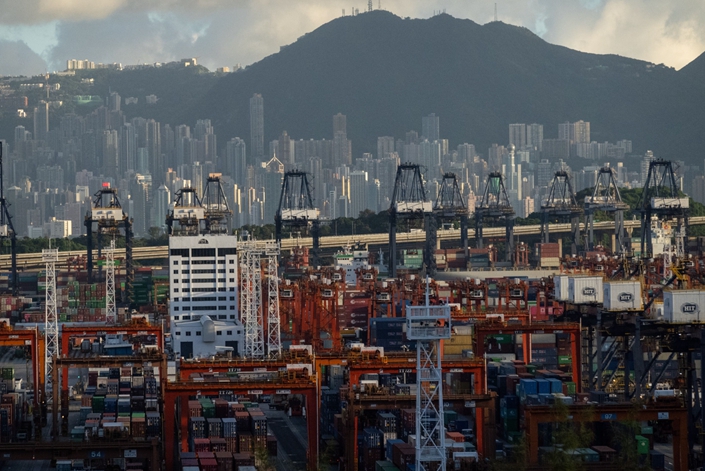 (Bloomberg) — Blackstone Group Inc. is doubling down on Asia, seeking to raise at least $5 billion for its second private equity fund focused on the region, people familiar with the matter said.

The U.S. investment firm has started marketing the new vehicle to potential investors, according to the people, who asked not to be identified because the information is private. It’s targeting more than double the size of its first Asia buyout fund, which closed at about $2.3 billion in 2018.

Blackstone is raising ever-larger pools of capital as dislocations from the coronavirus pandemic offer up more deal opportunities. President Jon Gray has vowed to increase the proportion of Asian investment in its total business, which stood at just under 10% two years ago. In 2018, it raised $7.1 billion for Asia real estate investments.

The firm joins KKR & Co., which is in the process of raising at least $12.5 billion for its next Asia fund. TPG, Warburg Pincus and Baring Private Equity Asia raised larger amounts of money earmarked for investment in the region, totaling $15 billion since early 2019.

Blackstone could increase the size of its latest vehicle depending on the level of demand in the coming months, the people said. A Hong Kong-based spokeswoman at the firm declined to comment.

After roaring ahead in 2017 and 2018, Asia private equity investment declined year-on-year as exits and deal activity plunged in Greater China amid ongoing trade tensions, slowing economic growth and lower level of new renminbi funds, according to Bain & Co. Still, the asset class outperformed public-market benchmarks across different periods, with the top quartile of Asia-focused funds forecasting a net internal rate of return of 16% or higher, the consultant said.

Blackstone is betting global managers’ appetite for Asia will continue to increase as the region experiences a faster recovery from the pandemic than rest of the world. Deal flows have started to pick up and could accelerate going into 2021, as a number of transactions halted amid the spread of Covid-19 are expected to come back.

China’s economy continued to recover in the third quarter as gross domestic product expanded 4.9%, keeping it on track to be the world’s only major growth engine. Growth in India is projected to rebound 8.8% next year, after contracting 10.3% in 2020, according to an International Monetary Fund forecast.

As it now raises new cash, about 66% of its 2018 fund has been invested so far, the people said. Blackstone is pursuing buyout transactions and companies that it has board representation in Japan, Australia, Korea, and less mature markets like China and India where acquisitions for control account for only one-third of total deal-making, one of the people said.

Many of Blackstone’s existing holdings are in the consumer, health care and technology industries, which have benefited this year from the shift to online consumption and increased demand for medical services.