Opinion: West Must Recognize China Has its Own View on Its Role in World 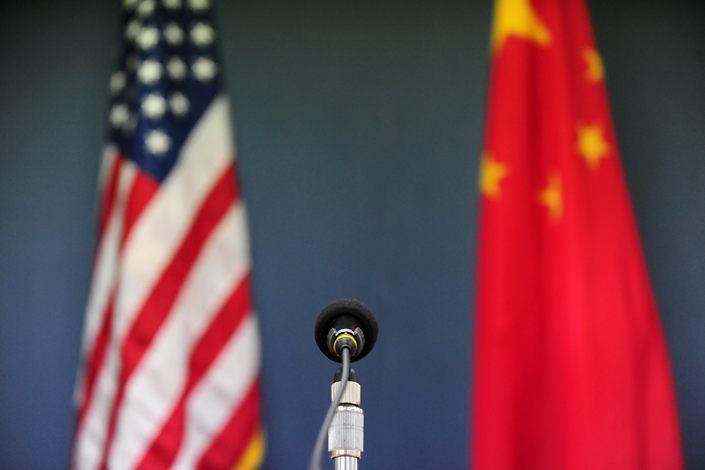 The Sino-American relationship delicately stitched together over four decades is threadbare and unraveling daily in the world’s media landscape. To be certain, prickly arguments have been simmering beneath the surface for some time and both nations have been kicking each other under the table, largely out of sight. The litany of grievances each side has logged against the other is well-known and documented.

But over the last few years, as the dialogue has turned antagonistic, the bickering is out in the open, public and in full view. Historically uninformed and culturally insensitive remarks from the White House have pushed the relationship over the edge of the cliff. And pulling it out of a dizzying nosedive — irrespective of policy recommendations — requires a tectonic policy shift based on a deeper historical understanding and profound cultural awareness, while exercising deft diplomacy that have yet to be displayed.

When American policymakers speak of “the rise of China,” this simple, seemingly innocuous statement fails to capture a fundamental understanding of Chinese history. Far from a “rise” the Chinese see a “rebirth” or a “restoring” of their great nation on the world stage, briefly displaced by a hundred years of imperialist subjugation, who took advantage of a weak and corrupt Qing dynasty (1644-1912).

For a people that make up the oldest continuous civilization in the world, the “Century of Humiliation” (百年耻辱) is merely an aberration in the long arc of Chinese history. Moreover, references to China as a “rising power” and incessant preaching that it should act as a “mature nation” are condescending and only serve to rankle a nation with 5,000 years of history — a subtle point missed by Western observers.

Like other enduring civilizations, China’s past is vast and judges events through a prism of history. Any proclamation by a foreign power perceived as an affront to its national sovereignty stokes anger, evoking lingering visions of China’s subjugation and struggle for self-determination. Critics in the West argue that the fault lies with China’s Pavlovian response, when any semblance of a challenge, real or perceived, elicits a hardline, knee-jerk reaction.

America’s take on the Century of Humiliation, that of a political narrative, manipulated at will by Beijing to tug on nationalist heartstrings, serves a clarion call to steel the nation’s resolve when confronting a supposed provocation — misses the point.

For China, the Century of Humiliation has colored the way it views its relationship with the West and its role in the modern world. Long-running suspicions of Western intentions still linger. Secretary of State Mike Pompeo’s call for Chinese citizens to help change the behavior of their government, fuels anger of foreign interference and is utterly pointless. According to a study published this year by the Ash Center at Harvard Kennedy School, Chinese citizen satisfaction with the central government has increased across the board, rating it more capable and effective than ever before. Unresolved disputes and lingering suspicions — vestiges of the colonial era — are still a potent reminder that complicate relations with the West to this day.

Without a proper context of Chinese history and understanding of culture, well-intended policy assessments are ill-conceived. Faulty narratives built on a decades-long misguided supposition on how to make China more like America continue to be recycled in Washington.

As countries become wealthier, interest in their own cultures grow and national pride swells. They discover their place in world affairs. Nations undergo a cultural and political awakening, which is a natural consequence of their hard-won socioeconomic feats. Countries are increasingly interested in the story of their rise and less inclined to follow a Western-led pact.

Beijing’s resistance to the political settlement of the Cold War signals that it will not be hemmed in and contained by a world order in whose creation it did not contribute to and will establish its own competing organizations when it suits it. Perceived American arrogance and blatant disregard for international rules allow other powers, who are expected to abide by those very same rules, to alter the laws of the game or ignore them when given the chance.

China is strikingly different from the United States — in cultural antecedents, historical perspective, societal mindset and value system — and harbors no illusions of emulating America’s liberal democracy, no more than the U.S. fancies China’s one-party system. Neither nation can shape the other in one’s own image. The searing reality is that China will always chart a distinct and separate course.

A more serious transgression than failing to grasp fundamental precepts of Chinese history is the inability to understand that China, embraces democracy as a distinct feature of its socialist underpinnings. Emblazoned on city walls, a passerby will come across — democracy, equality, freedom, justice, harmony, among others — values actively promoted by the government. Astonishing to most Americans is that China, a ‘communist’ nation, would even consider democracy and freedom as foundational pillars of core socialist tenets.

As China has been driving toward modernization at breakneck speed, it has developed channels for citizen involvement to provide input to the country’s institutions in order to meet its vast and varied socioeconomic needs. Individuals from a wide range of disciplines participate in a consultative process for promoting national development, in a way that influences the policymaking calculus. Consultations performed by people’s congresses, government departments, communities and social organizations, are engrained in China’s political system and are a central feature of what Beijing considers to be a consultative democracy.

This is a different definition of an electoral democracy to which America subscribes. Given China’s collectivistic culture, where the focus is on the societal whole versus America’s emphasis on the individual, a consultative democratic process allows Beijing to obtain sufficient feedback and response on the will of the people. While both definitions of democracy are dissimilar, their underlying objective is the same.

According to China expert Peter Walker, senior partner emeritus at McKinsey, “the goal for both is to serve the wellbeing of the people and enable people to shape directly or indirectly the outcome through some form of meaningful participation; where they differ is in their implementation.” It is through this long-term consultative process that China’s economic growth and innovation has caught the attention of the world.