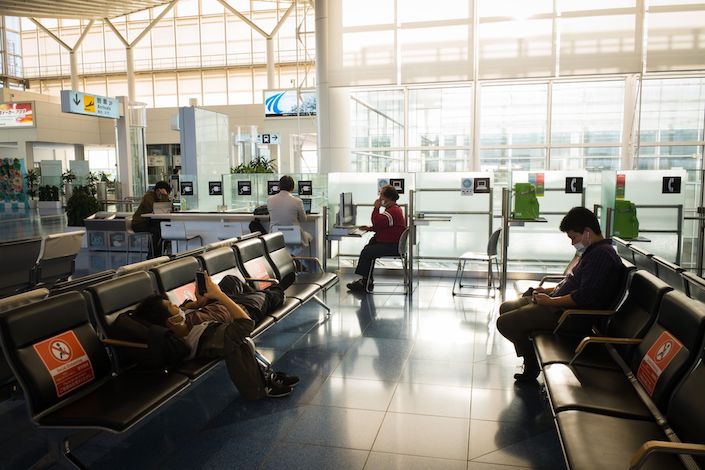 (Bloomberg) — The foreign ministers of China and Japan agreed at a meeting in Tokyo to lift some virus-related travel restrictions by the end of this month while also restating their differences over disputed islands in the East China Sea.

Foreign Minister Wang Yi is the first senior Chinese official to visit Japan since Prime Minister Yoshihide Suga took office in September. The two men are set to meet Wednesday as China seeks to recalibrate its ties with key American allies ahead of U.S. President-elect Joe Biden’s inauguration next year.

Suga, who has little experience in diplomacy, must strike a delicate balance between the U.S., Japan’s only formal military ally, and China, its biggest trading partner. That task could be made more difficult by the pandemic, which forced the postponement of a state visit to Japan by Chinese President Xi Jinping earlier in the year.

At the meeting Tuesday, Wang and his Japanese counterpart, Toshimitsu Motegi, agreed to resume some travel for businesspeople and residents before the end of November. Both ministers agreed that stable Japan-China ties are important for the region and the world, Motegi said.

Motegi also said he pressed Wang for forward-looking action on the disputed islands known as Senkaku in Japan and Diaoyu in China. Wang responded that China would continue to defend its rights over the isles. Tensions around the islands have worsened in recent months, with ships and planes from both countries frequently chasing each other.

The ministers said they also agreed on issues including setting up a defense hot line by the end of the year, restarting a high-level economic dialogue at the appropriate time next year, cooperating on the Tokyo and Beijing Olympics, sharing expertise on the coronavirus, and establishing a framework for talks on climate change and a mechanism for agricultural trade, bringing the Regional Comprehensive Economic Partnership trade agreement into force quickly, and moving forward on a trilateral trade deal with South Korea