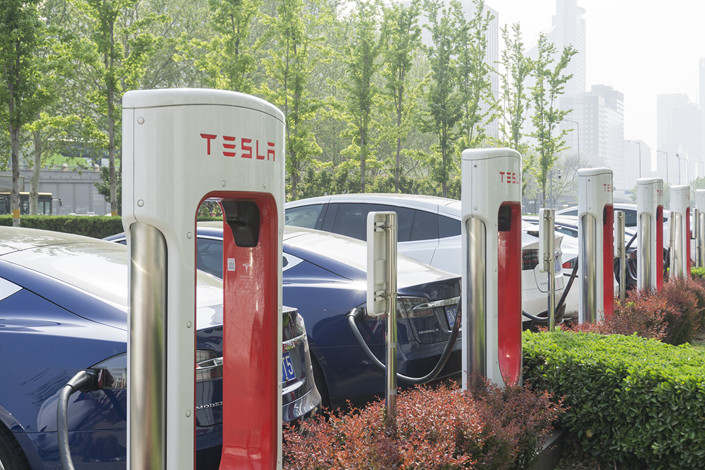 Tesla is seeking to localize the manufacture of its electric vehicle charging piles in China as of next year. The move is part of an ongoing effort to improve its charging infrastructure in the country which it sees as a key sales driver.

The U.S. carmaker plans to invest 42 million yuan ($6.4 million) in a new plant to produce the chargers which will be adjacent to its existing vehicle assembly factory in Shanghai, Reuters reported on Wednesday, citing a document submitted to the Shanghai authorities by the company.

The plant, which is set to be completed in February, will have an annual production capacity of 10,000 chargers, according to the document. Tesla currently imports the chargers, usually installed in charging stations or car parks, from the U.S., Reuters said.

The news comes as Tesla is ramping up efforts to expand its charging network across China, where it operates over 490 supercharging stations in more than 250 cities as of early November.

In October, Tesla’s domestically-built Model 3 claimed the title of China’s second most sold electric vehicle model with 12,143 cars sold in the country, according to statistics provided by the China Passenger Car Association. The top spot was taken by the Hongguang Mini, a two-door micro electric vehicle launched by General Motors’ Chinese joint venture, with its sales nearly double that of the Model 3s during the month.