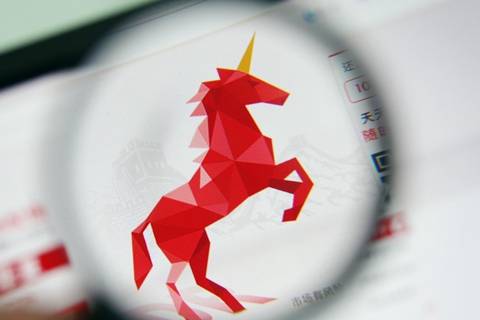 The world's unicorn population has reached 500, doubling in two years amid traditional industries' increased digitization efforts and use of artificial intelligence.

Forter, a U.S.-Israel cybersecurity startup, became the 500th unicorn, a startup whose corporate value exceeds $1 billion, on Nov. 19, when its valuation reached $1.3 billion, according to U.S. research company CB Insights.

The U.S. leads the globe with 242 unicorns, followed by China with 119. The U.K. and India both have 24. South Korea has the sixth-largest unicorn population, with 11. Indonesia is No. 10 on the list with five, and Japan is No. 11 with four, including AI startup Preferred Networks.

Eighty-nine companies, many of which operate in the e-commerce and health care sectors, gained unicorn status despite concerns that the novel coronavirus would negatively impact fundraising.

Of the 122 companies that became unicorns in 2019, fintech companies accounted for 20% and AI companies made up 13%.

It took more than four years for the number of unicorns recognized by CB Insights to grew to 250, then two years for that number to double. The pace was expedited by institutional investors and other parties making bigger bets as low interest rates made startups and their potential high gains more attractive.