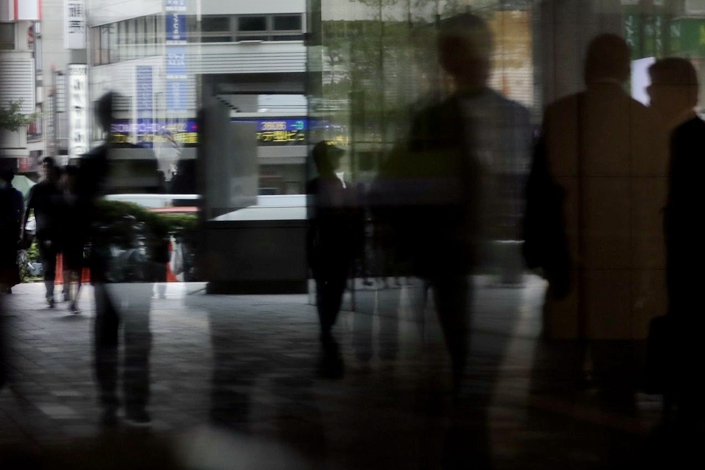 Pedestrians walk along a street in Tokyo on July 9, 2019. Photo: Bloomberg

(Bloomberg) — The number of suicides rose in Japan in August due to more women and school-aged children taking their own lives — offering a first glimpse into the consequences of the mental health strain brought about by Covid-19 around the globe.

The island nation is among a few major economies which releases timely data on suicides as it is a persistent societal issue. The numbers hint at what may be going on around the world as countries grapple with the fallout from mass unemployment and social isolation that’s impacting certain groups of people more than the rest.

Sociologists have long warned that the economic and social disruption wrought by measures to contain the coronavirus could cause more deaths than the pathogen itself. In Japan, the suicide rate has been falling but it remains a top cause of premature deaths — this year, suicide has taken over 13,000 lives, while total Covid-19 fatalities number less than 2,000.

The mental health toll looks set to be one of the pandemic’s most insidious legacies given the difficulty of grasping or measuring the magnitude of self-inflicted harm until too late. Major economies like the U.S. and China don’t report official data on suicides until years later, though experts have predicted a wave of such deaths this year while anecdotal evidence abounds on social media platforms.

“Up-to-date suicide numbers can help quickly determine which groups are at high-risk,” said Yasuyuki Sawada, the chief economist at Asian Development Bank and a University of Tokyo professor who has written books on suicide prevention and the phenomenon’s economic impact. “If local governments can determine which age group or what occupations are showing higher risks for suicides, suicide prevention measures can be implemented swiftly.”

A U.S. study released in May predicted as many as 75,000 additional people could die in the next decade from “deaths of despair” as a result of the coronavirus crisis, a term that refers to suicides and substance-abuse-related deaths. In India, 65% of therapists reported an increase in self-harm and suicide ideation among patients since the pandemic began, said a study released in September by the Suicide Prevention India Foundation.

Not only has the coronavirus caused unemployment to rise around the globe, it’s upended social norms and halted community interaction, key factors known to worsen mental health strain. Over 60% of 130 countries surveyed by the World Health Organization said mental health services for vulnerable populations were disrupted as a result of the pandemic, according to a report released this week. The trend in Japan reveals that the pandemic’s also adding new, potentially deadly stressors: calls to domestic violence helplines have risen as families remain trapped at home together.

Economically, the coronavirus has disproportionately affected women, who are more likely to be in irregular employment in retail or service industries — they made up nearly 66% of recent job losses in Japan.

In neighboring Korea, which has the highest suicide rate in the OECD, a spike in women taking their own lives also occurred in April, March and June, though the overall number of suicides between January and July declined compared to the year before.

“Public health and infectious disease prevention measures aren’t enough to save lives on their own,” said Toshihiko Matsumoto, director of the Drug Dependence Research department at Japan’s National Institute of Mental Health. He emphasized the need for spaces where people can be away from family pressure while also avoiding crowded conditions with infection risk.

Children present an even more complex picture. Pressured by the pandemic, stressed-out parents “may be missing signs from their children and not being compassionate enough about their problems,” said Mayumi Hangai, a doctor at the National Center for Child Health and Development who has surveyed children’s stress levels during the coronavirus.

Any stress or unhappiness displayed by parents could also transfer to their children, who lack social outlets when schools are closed and extracurricular activities unavailable. Although Japan has seen suicides drop overall for the past decade, youth under the age of 20 is the only segment to have seen an uptick.

As young as five

In Asia, the toll could be compounded by greater stigma around mental health issues compared to western societies. In Japan, for example, there is social pressure to not show one’s feelings and true self.

Suicides at first dropped in the spring during a state of emergency ordered by the government to curb the spread of the virus, which experts chalked up to people being away from the stress of workplaces and schools. A collective solidarity like that inspired by wars and natural disasters also emerged.

But when the economy started re-opening, portions of the population were left behind — like laid-off workers or those who continued to be stuck at home. In Japan, schools restarted in June after a three-month closure, which saw an increase in reports of bullying and added stress about catching up on schoolwork.

“Children feel even more pressured to catch up with the delay,” said Hiroyuki Nishino, the head of Tamariba, a non-profit organization that helps struggling kids. The disruption caused by Covid-19 is exacerbating the deeply-rooted phenomenon of “futoko” — children refusing to go to school. Such kids are at high risk for suicide.

According to Lifelink, a Tokyo-based nonprofit that operates a suicide helpline, about 20% of calls received from May to August were from children in elementary, middle and high schools. Messaging apps have been effective for children to reach out for help as some can use these without parental knowledge, said Yasuyuki Shimizu, the head of Lifelink. This is especially crucial when the issue is domestic violence.

In July, the Japanese government allocated a supplementary budget of 1.1 billion yen ($10.4 million) for suicide prevention on top of the 2.6 billion yen approved in April. The governments of Japan and Korea, despite bitter disputes over trade and territorial rights, also regularly exchange ideas on suicide prevention strategies, according to an official at the Korea Suicide Prevention Center.

Funding and investment in mental health infrastructure to serve vulnerable populations is urgently needed in Covid-19’s wake, experts said. Mental health services are chronically underfunded everywhere, even though studies have shown that investing $1 into care for depression and anxiety can return $5 in economic productivity, according to the WHO.

“Financial support from the government is important, but so is recognizing that mental health is an issue,” ADB’s Sawada said. “Measures to address mental health should be a pillar of public health policy as well.”

If you are having thoughts of suicide, seek help from:

For U.S. residents, call the National Suicide Prevention Lifeline at 1-800-273-8255 (TALK) or go to SpeakingOfSuicide.com/resources for a list of additional resources