By Koya Jibiki and Takashi Kawakami 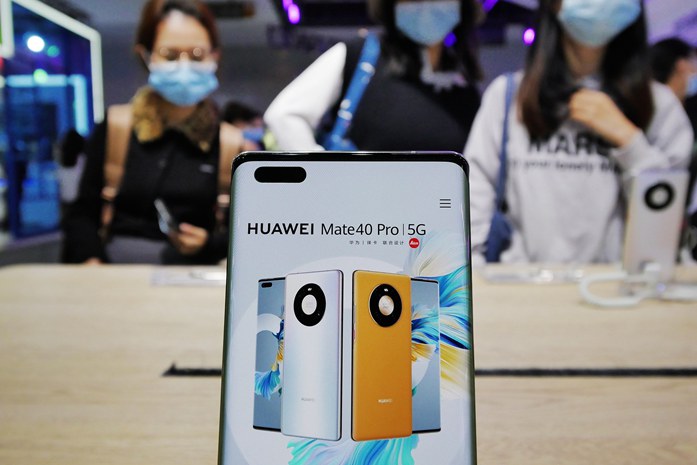 (Nikkei Asia) — Largely shunned in the West, Huawei Technologies has ramped up its activities in Southeast Asia where governments have maintained a neutral economic stance amid tensions between the U.S. and China.

The Chinese telecommunication equipment leader recently entered an agreement with Indonesia to develop talent in 5G technology and related fields. The company will assist in training 100,000 people to become proficient in digital technology, such as in the cloud and 5G sectors. Huawei will deploy its internal know-how in employee training, based on the memorandum of understanding.

For Indonesia, the memorandum is the first of its kind that the government has entered into.

“With Huawei’s help, we expect to bring the level of our human resources up to international standards,” said a source close to the Indonesian presidential office. Huawei will also collaborate with an Indonesian government agency that is pushing forward development of artificial intelligence and 5G.

The supplier will also provide technological cooperation to Indosat Ooredoo, the second-largest telecom company in Indonesia, in the installation of 5G infrastructure in the Jakarta capital region and other areas. The network will be powered by SRv6, a segment routing standard that boosts connectivity. The country will be the site of the first commercial application of SRv6 in the Asia-Pacific region.

Although Indonesia has squared off politically against China over disputes in the South China Sea, the two sides share favorable relations on the economic front. China is Indonesia’s largest trading partner, for one.

Considering Indonesia is dealing with its own independence movement within its borders, the government has been silent concerning human rights issues in Beijing’s national security law imposed on Hong Kong and the alleged treatment of the country’s Muslim minority Uygur population.

Both Ericsson and Nokia have launched proving tests for 5G networks in Indonesia. However, “Huawei equipment are 20-30% less costly, and the quality is advancing,” said a person close to Telekomunikasi Indonesia, the state-owned telecom.

In Thailand, Huawei established a 5G research center this September that is supporting technical development by startups. Huawei is also spending 700 million baht ($23 million) to build its third data center in Thailand next year, according to local media.

This activity comes amid blowback Huawei faces from the West. The British government said Monday it will not allow the installation of new Huawei equipment starting September next year.

This comes on top of the prohibition against the procurement of the company’s equipment, which goes into effect in January. All Huawei hardware are due to be removed by 2027.

Great Britain this January had originally decided to allow Huawei to enter the 5G market on a limited basis, but switched course due to pressure from the U.S. and in response to the national security legislation Beijing imposed on Hong Kong. Elsewhere in Europe, France is gearing up for a de facto ban on Huawei equipment by 2028.

The same dynamic has spread to a few places in Southeast Asia. In Singapore, the top three telecoms picked Ericsson and Nokia over Huawei as the main suppliers of 5G equipment. Vietnam’s state-owned carrier Viettel has apparently turned its back on Huawei as well.

Even accounting for those setbacks, the pushback against Huawei is weaker in Southeast Asia compared with the U.S. and Europe. There is little resistance to Huawei in Africa as well, but countries there lag in 5G development.

“Southeast Asia has been and will remain an important market for Huawei,” said Remy Pascal, principal analyst at the British market intelligence company Omdia. Pascal cites the “good growth potential” and the large number of Huawei clients in the region.

Huawei currently leads in terms of telecom infrastructure. The company commanded a 44% global share in the second quarter, according to Omdia, or more than double Ericsson’s slice. Huawei has benefited from China’s head start in 5G investment, as well as the extensive demand in the domain.

On the other hand, the business environment has been deteriorating for Huawei. In markets such as Japan, the U.S. and Europe, Huawei’s share will inevitably plummet with the rise of 5G investment.

For Huawei’s smartphone segment, shipments are starting to stall in the wake of the limitations on chip procurement imposed by the U.S.

Huawei maintains that there will be no disruptions in its telecom infrastructure business. The equipment does not use semiconductors as sophisticated as those found in smartphones, and there is enough inventory for the components. Huawei’s ability to harness demand in China and tap into Southeast Asia’s potential will hold the key to cushioning the downturn.

“Southeast Asia does not have a unified position regarding Huawei,” said Pascal, touching on the potential for the region to represent a growing share of Huawei’s business. “In that sense, you can say that Southeast Asia will be even more important for Huawei in the future.”