Opinion: Biden Could Leverage the CPTPP Trade Pact to Compete With China 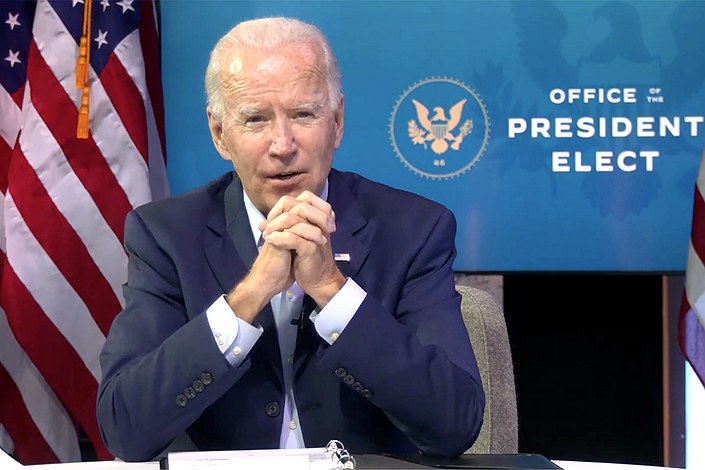 Tu Xinquan is dean and professor of the China Institute for WTO Studies at University of International Business and Economics in Beijing.

The U.S. presidential election has come to an end. Although Trump is still struggling, it is clear that Biden will be appointed as the 46th president of the United States. After four years of Trump changing everything completely, Biden will put things back to order amidst large-scale chaos.

The unilateral protectionist trade policy is one of the typical characteristics of Trumpism, and the type of trade policy Biden will implement has attracted much attention. However, in contrast to Trump, Biden did not make trade policy an important issue during his campaign. From the policy plan released by the Biden team and voices from various channels, he did not propose specific and systematic policies regarding trade. He only discussed topics related to trade policies, such as leading the global “democratic world,” “returning manufacturing industries,” and “protecting workers’ rights.”

Biden is generally believed to be a representative of the Democratic establishment and his policy propositions have inherited the liberal traditions the Democratic Party has upheld for a long time.

In a March 2020 Foreign Affairs magazine article, Biden pinpointing that a government under his leadership would quickly take measures to renew the United States’ democracy and alliances and “have America lead the world again.” He openly criticized Trump’s trade policy saying he “launched an unwise trade war that harmed both U.S. allies and the American middle class.”

Given Biden’s own statement and the Democratic Party’s campaign documents, a “return to tradition” will be a major feature of his administration’s trade policy. Although the trade policy on China has received the most attention, it actually involves more complex diplomatic and strategic issues. How the Biden administration formulates policies toward the WTO and CPTPP is equally important as a better reflection of his trade policy direction.

The WTO, established under the leadership of the United States, is one of the three props of the post-war international economic system. Although the Obama administration expressed dissatisfaction with the WTO, especially repeated claims that the Doha Round was dead and seeking to negotiate a giant regional trade agreement, it never gave up on the WTO leadership or took subversive measures.

Trump adhered to his anti-establishment and anti-globalization concepts and dealt the WTO a fatal blow. He not only threatened to withdraw from it many times, but also initiated unilateral tariffs that undermined its authority. He also paralyzed the WTO Appellate Body, obstructed the smooth appointment of a new director-general, and severely disrupted its normal operations.

“Through negotiating with or joining the CPTPP, the United States can attract some parties to the U.S. persuasion and influence their relationship with China.”

It should be said that there are deeper reasons for the United States’ dissatisfaction with the WTO. The current WTO system has difficulty in meeting the interests of the United States, but the Trump administration’s actions have been counterproductive, with no substantial improvements on safeguarding its interests.

For Biden, it is quite easy to set things right on WTO issues, with immediate results. Regarding the issue of the Appellate Body, the restoration of the appointment of its judges will not cost the United States anything, and it can repair the rift with the EU on this issue. In the appointment of a director-general, an African-American appointee can perfectly fit the Biden administration’s policy of supporting globalization and racial equality.

Although WTO reform still involves more difficult and complicated matters, if the Biden administration can quickly take positive measures on the issue of the Appellate Body and the director-general, it will create a good atmosphere for WTO operations and future negotiations.

The Biden administration has clearly outlined a strategic proposition to return to multilateral order and re-uniting with allies. Returning to the CPTPP is also a potential policy option, especially given that the TPP was negotiated during Biden’s term as vice president.

However, compared with the WTO, returning, or more accurately joining the CPTPP, involves more variables. The current U.S. trade policy stance has changed a lot since the TPP was concluded four years ago. Although the finalization of the TPP was a political outcome under the leadership of the Democratic Party, Hillary Clinton proposed its abolition during the 2016 presidential campaign. As for a TPP plan, the Democrats are hardly firm in their position.

Moreover, the anti-globalization sentiment in the United States will not disappear with the end of Trump’s term. The Republicans and Democrats are evenly matched in Congress, and political confrontation is still fierce. The probability of the CPTPP being passed by Congress is very small.

But setting aside the uncertainties caused by U.S. political factors, returning to the CPTPP also requires technical feasibility. In general, there are two potential options for the United States to return to the CPTPP: one is to join the current CPTPP, and the other is to renegotiate with it and even restore the text of the TPP agreement.

In addition, the United States, as the world’s largest economy, has an economic output far exceeding the total output of the 11 CPTPP members. Joining existing free trade agreements in a passive way is not in line with how the United States’ positions itself.

Therefore, no matter which path the United States chooses to return to the CPTPP, it will face a very complicated negotiation and debate process. It is highly unlikely that Biden will complete this mission in his administration.

Nevertheless, this does not mean the United States will not use its return to the CPTPP as a tool against China. Biden said at a Council on Foreign Relations event this year that although the CPTPP is not a perfect deal, it is a good way to “contain China’s excessive behavior.” The United States may cater to the wishes of some countries of “not relying too much on the Chinese market.”

Through negotiating with or joining the CPTPP, the United States can attract some parties to the U.S. persuasion and influence their relationship with China. Even if the U.S fails to return to it, the CPTTP can still serve as a strategic means to drain China’s external development potential.