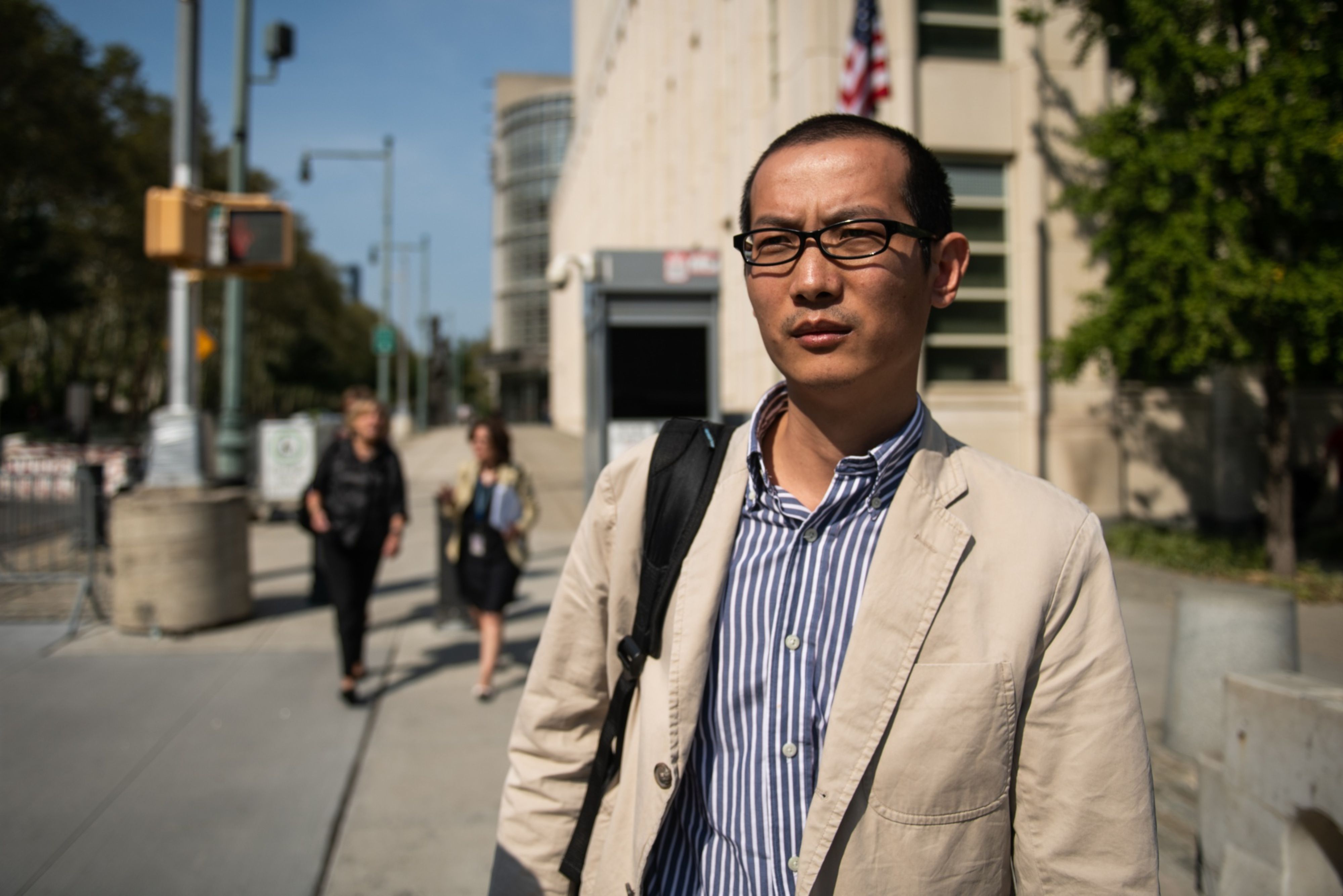 Bo Mao, a professor at Xiamen University in China and a visiting professor of computer science at the University of Texas at Arlington, departs federal court in New York on Sept. 11, 2019. Photo: Bloomberg

(Bloomberg) — A Chinese professor who was accused of stealing trade secrets for Huawei Technologies Co. pleaded guilty to a reduced charge and will be allowed to return to China after he is sentenced later this month.

Bo Mao, a computer science professor at Xiamen University in China and a visiting professor at the University of Texas, pleaded guilty to a single count of making a false statement. Federal prosecutors in Brooklyn, New York, agreed to dismiss more serious counts of conspiracy and trade-secrets theft.

Mao’s case is the latest involving Chinese scientists who were initially accused of spying or theft in the U.S. but were later allowed to plead to lesser charges. The U.S. made similar deals with a Chinese professor working at Ohio State University and a Harvard-sponsored Chinese researcher who was accused of trying to smuggle vials of cancer cells to China.

In Mao’s case, U.S. District Judge Pamela Chen scheduled a sentencing hearing for Dec. 14. Under the terms of the agreement announced Friday, Mao will be sentenced to the time he served in custody after his 2019 arrest.

His was one of a series of cases against Huawei brought by the Trump administration, which has portrayed the Chinese telecom giant as a national security threat.

Mao was accused of stealing a computer chip on behalf of a Chinese telecommunications company while claiming to be doing academic research in 2016. The government’s case against him mirrored allegations CNEX Labs Inc. made in a civil suit in which the professor was accused of helping Huawei steal the technology.