U.S. Is Said to Be in Talks on Resolving Charges Against Huawei CFO 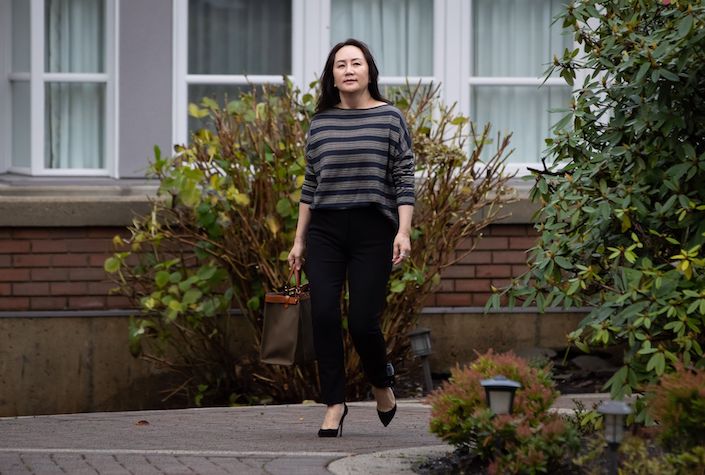 (Bloomberg) — The U.S. Justice Department is in talks about a possible resolution in the legal case against the chief financial officer of Huawei Technologies Co., according to a person familiar with the matter.

The simmering dispute has fueled a clash between the world’s two biggest economies since the arrest of Huawei CFO Meng Wanzhou two years ago in Canada on an American extradition warrant. No deal or terms have been reached in the discussions, said the person, asking not to be identified because the matter is private.

Justice Department officials and lawyers have discussed the prospect of a deferred prosecution agreement related to wire and bank fraud charges, which would allow Meng to return to China in exchange for admitting wrongdoing in the criminal case, Dow Jones reported earlier, citing people familiar with the matter. She has been confined to Vancouver since her arrest.

The Trump administration’s moves against Huawei — particularly the arrest of Meng, the daughter of Huawei founder Ren Zhengfei — have added to rising tensions between the U.S. and China. The U.S. government has also pressed allies to bar their telecom carriers from using the company’s networking equipment because of alleged security risks.

Meng has so far resisted the proposal because she believes she has done nothing wrong, Dow Jones reported. The U.S. alleges that Meng tricked HSBC Holdings Plc into processing Iran-linked transactions that put the bank at risk of violating American sanctions.

A Department of Justice spokesman and Huawei representatives declined to comment. Meng’s lawyers didn’t immediately respond to requests from Bloomberg News. A spokeswoman for Canada’s Justice Minister David Lametti said it would be inappropriate to comment on a case that’s before the courts.

China’s Foreign Ministry reiterated its contention that Meng was innocent and called on U.S. and Canadian authorities to drop proceedings against her.

“The U.S., to achieve the political purpose of containing Chinese high-tech companies, orchestrated this case, and the Canadian side played its accomplice,” Foreign Ministry spokeswoman Hua Chunying told reporters Friday during a regular news briefing. “It is 100% a political incident.”

An agreement on the Huawei CFO could remove an issue that has damaged the China-Canada relationship and pave the way for the return of two Canadians who were detained in China after Meng’s arrest, Dow Jones reported.