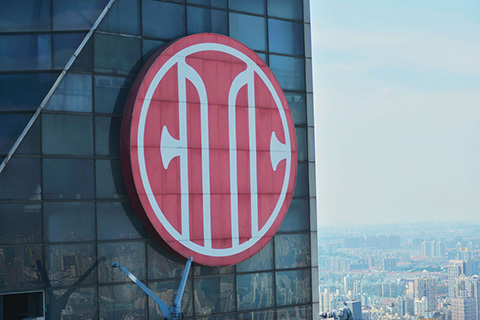 (AFR) — China’s Citic Ltd. is seeking the right to mine an additional 1 billion tons of iron-rich ground in Western Australia as its magnetite operations come into their own, but says billionaire Clive Palmer is standing in the way.

The state-owned conglomerate and Palmer are at loggerheads over a document called the China project option agreement, or CPOA.

The dispute over the CPOA and associated billion-ton mining rights will come to a head in a Western Australia Supreme Court trial starting on Monday.

The CPOA was drawn up around 2006 when Citic paid $415 million for two Palmer-controlled companies, Korean Steel and Sino Iron.

Korean Steel and Sino Iron each came with rights to mine 1 billion tons of ore which Citic planned to turn into magnetite concentrate used to make iron pellets and then steel.

The CPOA provided the option for Citic to acquire other companies controlled by Palmer with rights to access 1 billion tons of ore.

Citic alleges it has been trying to exercise that option without success and has turned to the Supreme Court to break the deadlock.

Palmer’s private company Mineralogy is reaping more than A$1 million ($742,000) a day in royalties from Citic’s magnetite operations built around the Korean Steel and Sino Iron mining rights.

Although Citic is nowhere near reaching its current 2 billion ton mining limit, it wants to secure another billion tons after investing $12 billion in the operations based around Cape Preston on the Pilbara coast.

Citic and Western Australia Premier Mark McGowan have accused Palmer of putting 3,000 jobs at risk by stonewalling on approvals to make land available to expand a tailings dam that is reaching capacity.

Citic’s Chairman Zhu Hexin highlighted the strength of the magnetite business and the cloud over its future after the conglomerate’s resources and energy division took a big hit from the sharp fall in crude oil prices.

“Our Australian magnetite iron ore mine maintained its profitability for the reporting period due to a buoyant iron ore price, consistent production and ongoing efforts to reduce operating costs,” he said in handing down Citic’s half-year results.

“Securing timely and necessary life-of-mine approvals remains a priority and is critical to the long-term sustainability of the project.”

Palmer scored a knockout victory over Citic on the royalties front in February when the High Court threw out Citic’s application to challenge a 2017 Western Australia Supreme Court ruling.

The 2017 ruling now sees Mineralogy earn hundreds of millions of dollars a year in royalty payments and helped push Palmer to No.8 on this year's Rich List with a fortune estimated at $9.18 billion.

This article was originally published by the Australian Financial Review