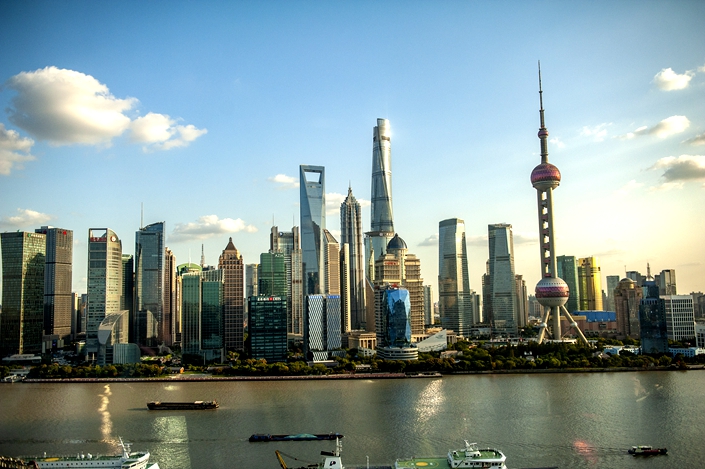 The city leapt to 10th from 30th last year, improving its score in all six categories of economy, R&D, cultural interaction, livability, environment and accessibility. It earned the highest increase in workstyle flexibility in the wake of the pandemic.

“Experiencing the impact of Covid-19 earlier than many other cities, Shanghai took the opportunity to accelerate the development of new ways of working,” the index’s compiler, the Institute for Urban Strategies at Japan’s Mori Memorial Foundation, said in a statement. The city was also highly appreciated as a sightseeing and gourmet destination.

The Global Power City Index, which goes back to 2008, uses 70 indicators to rank 48 cities around the world. While only some of the ranking’s indicators reflect the impact of the coronavirus, the publisher expects to see No. 5 Singapore move up further next year based on its high level of hygiene and due to Hong Kong’s recent political unrest.

The top five cities remained the same as last year. London led the way, followed by New York, Tokyo, Paris and Singapore. Singapore raised its score to narrow the gap with Paris as the French capital fell in the livability and accessibility categories.

Singapore was highly rated for its variety of workplace options, climbing from 23rd place to third in this category. In economic freedom, it overtook Hong Kong to claim the top position.

The city was also praised for its cleanliness as well as for the ease of getting around by taxi and bicycle — two new indicators this year — reflecting new demands of urban centers amid the pandemic.

“Given its cleanness, livability and Hong Kong’s power decrease, Singapore may see an increase in its overall ranking next year,” Hiroo Ichikawa, executive director of the foundation and professor emeritus of Japan’s Meiji University, said at a news conference. Ichikawa added that Singapore will be watched for “how much it can gear up its position as Asia’s financial center.”

Meanwhile, Tokyo received a lackluster score in the economy category. The loss of its competitiveness came as the city, which also saw a decline in its average English proficiency score, struggled to lure and retain global talent. Other weaknesses include the lack of work-style and workplace diversity, and high corporate tax rates.

The institute also said it needs to consider emerging trends in the post-Covid era. Resilience to social risks such as pandemics and terrorism should be considered, it said, while the receptiveness to digitization — everything from digital currency to opportunities for online college classes — could become new evaluation criteria.