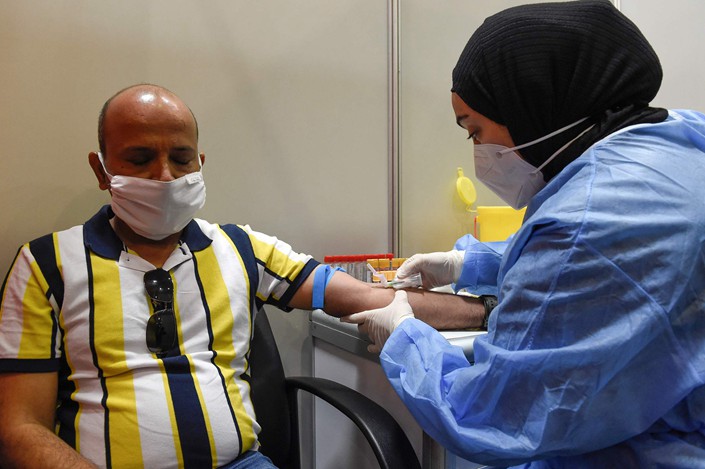 (Bloomberg) — China’s state-backed coronavirus vaccine protected 86% of people against Covid-19 in trials conducted in the United Arab Emirates, state media there reported, giving credence to the quickly developed shot that Beijing intends to distribute around the developing world.

The data was from trials that included 31,000 volunteers in the UAE, which found the vaccine was highly effective in preventing moderate and severe cases of Covid-19 and had no serious safety concerns, according to the report, which cited the country’s Ministry of Health and Prevention.

That’s expected to pave the way for full public use of the vaccine and a re-opening of the Gulf nation’s economy, the ministry said. In an early sign of how the vaccine could be a gamechanger, Abu Dhabi officials said that they would start working with local authorities to “resume all activities within two weeks,” including economic, tourism and cultural operations.

The emirate’s public health authority didn’t immediately respond to requests for comment, but a recorded message offered the option of booking an appointment for the shot at its primary health-care centers.

Developed by Sinopharm unit China National Biotec Group Co., the vaccine has already been administered to hundreds of thousands of people under emergency authorization in China, but it’s yet to receive public use approval from any drug regulators. CNBG did not immediately respond to requests for comment.

With an 86% efficacy rate, the vaccine would almost meet the high bar set by Western front-runners, but those companies have disclosed more detail. It’s part of President Xi Jinping’s promise to make any Chinese shot a “global public good” as part of the effort to rehabilitate the Asian country’s image after the pandemic emerged from its city of Wuhan.

The protection rate of CNBG’s shot is also higher than the results from the vaccine developed by AstraZeneca PLC and the University of Oxford. Data last month showed their shot was 70% effective on average in a late-stage study.

The CNBG vaccine could become a more favorable option to vaccinate large swathes of the developing world. While mRNA vaccines from Pfizer Inc. and Moderna Inc. showed higher efficacy of more than 90%, those present distribution challenges for some nations as they require deep-freeze facilities and trucks. CNBG’s vaccine can be transported and stored at normal refrigerated temperatures.

The Chinese vaccine, made using an inactivated version of the coronavirus to prime human immune systems to fight it, was among the first candidates that raced into the crucial final stage of human trials. While Pfizer and Moderna are among developers relying on novel technology, manufacturers have decades of experience with the method that the Chinese company is using.

Still, those inactivated vaccines can require multiple booster shots to achieve strong immunity, and production means handling large amounts of the virus. In theory, mRNA vaccines should be much faster to manufacture, because they require only tiny volumes of raw material to produce millions of doses.

Nearly a year into the pandemic, over 68 million people have been infected and more than 1.5 million killed. Countries like Indonesia and Pakistan have already signed deals with CNBG and others are now likely to emerge, given the vaccine’s suitability for developing countries.

China has two other developers conducting final-stage trials globally. One of them, Beijing-based Sinovac Biotech Ltd., is in the midst of analyzing data from its Phase III trial in Brazil and could release efficacy data within days.