Mobike Rides Into History with Shutdown of Its App 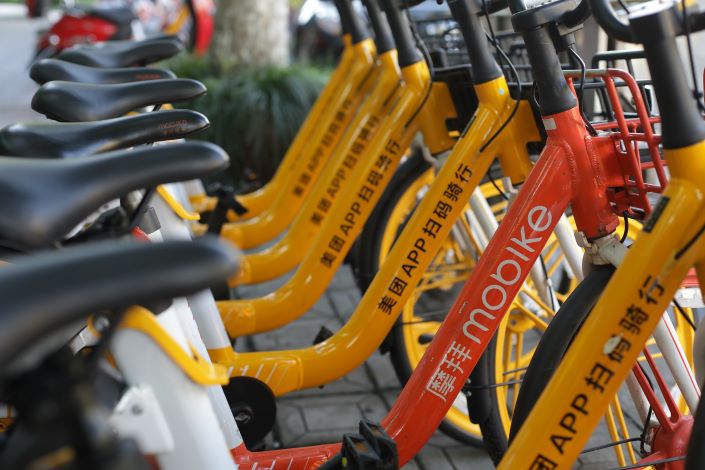 Remember scenes of swarms of commuters riding orange Mobike bicycles on China’s streets during rush hours just a couple of years ago? Now, the era of Mobike, once China’s top-funded and biggest shared-bike startup, has finally come to an end.

The firm, which counted Tencent as a major backer, has halted operations of its Mobike mobile app and WeChat mini program. Its dwindling fleet of bikes still on streets is still accessible using the Meituan platform, where bikes can be booked through existing Mobike accounts or scanning quick response codes via Meituan’s WeChat mini program, according to a statement released Tuesday.

Meanwhile, Mobike has changed its name to Meituan Bike as part of its integration with Meituan, the Chinese lifestyle service and food delivery giant that acquired Mobike for $2.7 billion in April 2018, the statement said. Earlier this year, Mobike started the process of replacing its fleet of distinctive grey and orange bikes with Meituan-branded yellow ones.

Founded in 2015, Mobike was considered a pioneer in the bike-sharing business both in China and overseas. The once-flourishing market took a hit in 2018, when media reports said its Alibaba-backed archrival Ofo ran into serious cash flow problems and considered applying for bankruptcy with millions of its users being unable to get their deposits returned.

Recently, two students from China’s prestigious Tsinghua University took Ofo to court suing the troubled firm for adopting what they believed was an unlawful user agreement in the hope of getting their deposits back. Despite losing the cases, the two have gained online support for their efforts to protect consumers’ legal rights.