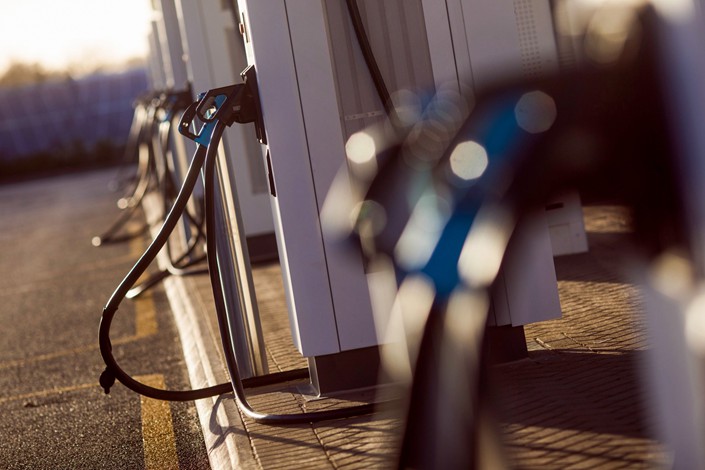 The average per-kilowatt-hour price for a lithium-ion battery pack for electric vehciles has fallen 13% from $157 in 2019. Photo: Bloomberg

(Bloomberg) — The price of battery packs for electric vehicles (EV) is fast approaching a tipping point. According to a price survey conducted by BloombergNEF, EV makers soon will be producing models that are as affordable — and as profitable — as comparable combustion engine models, and without the help of tax subsidies.

The average price per kilowatt-hour (kWh) for a lithium-ion battery pack, according to the survey of nearly 150 buyers and sellers, has fallen to $137, down 13% from $157 in 2019. A decade ago, these batteries sold for more than $1,100 per kilowatt-hour. The threshold for price parity with gasoline engines, according to BNEF, is around $100 per kWh. In the report, BNEF analysts said they expect battery-makers to hit $101 per kWh in 2023. For the first time, the survey found some prices reported at the cost-competitive level, with batteries for electric buses in China selling at $100 per kWh.

Cost-competitive EVs in the short-term are inevitable,  according to Logan Goldie-Scot, head of clean power at BNEF and one of the authors of the report. “We’re not talking about that crossover point being a decade away anymore,” he said. “For many vehicle segments, it’s in the next three or four years.” Even if prices for nickel, cobalt, lithium and other raw materials used in batteries return to the highs seen in 2018, $100 per kWh packs would be delayed by only a couple of years, the survey found.

The battery pack is the single most expensive part of an electric vehicle, accounting for about 30% of the total cost to consumers. Tesla Inc., the world’s largest EV maker, pays an estimated average of $115 per kWh for batteries, according to the BNEF survey, down from $128 last year. At this price, the 80.5 kWh battery pack in Tesla’s long range Model Y would cost the automaker about $9,250.