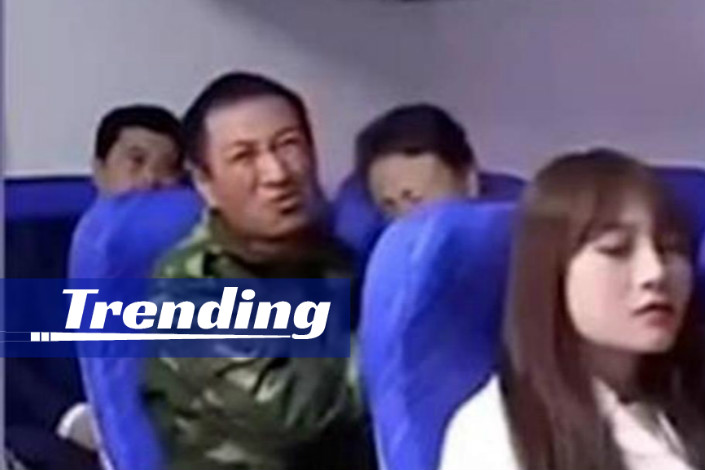 JD Digits, a financial management platform launched by the Chinese ecommerce giant JD, has apologised for an advertisement that appeared to prey on the plight of migrant workers while also looking down on them.

The advertisement posted on Kuaishou, one of the most popular video sharing apps in China, showed a poorly dressed and dishevelled migrant worker taking a flight with his mother. The mother starts to feel sick and the migrant worker asks a flight attendant if he could open the window or change seats. The flight attendant responds to the request by telling worker that he would have to pay around 1,000 yuan (about $153) for a seat upgrade. When it transpires that the migrant worker cannot afford the upgrade a well-dressed businessman sitting nearby extols the virtues of online loans from JD Digits.

The slightly confusing advertisement, (why is a businessman with such supposed financial acumen sitting at the back of the plane alongside a poor migrant worker), has come under considerable criticism for preying on the most vulnerable in society while at the same time making fun of them (thinking you can open a plane window). JD Digits pulled the advertisement and apologised on Dec 15, claiming (link in Chinese) that mismanagement was to blame.

Despite JD Digits apologising, outrage online has persisted towards the company and the advertisement. One comment read, “Please stop looking down on migrant workers, JD. The new China was built by the workers, and as someone who is enjoying the benefits, you should stop acting like a greedy snob!”

Some people even blamed the nature of capitalism and class conflict, with one popular comment reading, “The capitalists are eating us.” Discussion around the evils of capitalism have become more prominent on Chinese social media recently using terms that hark back to before the ‘reform and opening-up’ period initiated by Deng Xiaoping.